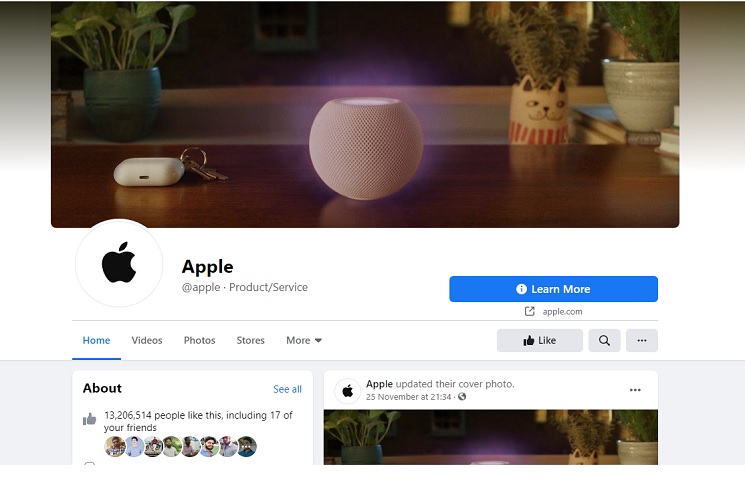 Apple was 'never' verified and the page admins' need to initiate the verification process.

It seems that there's an internal war between the two social media giants over the app permission issue, recently Facebook is upset with Apple because a new iOS update allows iPhone users to opt-out of tracking.

Recently Apple got a new iOS privacy labels policy and this is how would exactly impact the targeted ads segment, which forms a major source of revenue for the social media giant Facebook.

To this effect, it has taken to full-page newspaper ads in the US to criticize Apple’s move to “limit businesses” in their ability to reach customers effectively, while claiming that Facebook is standing up for small businesses, a pitch which it has used for several of its electronic ads over the years as well.

The full-page ads ran across influential papers like The New York Times and The Wall Street Journal, among others.