Sony PlayStation (PS5) will be launched in India on February 2, Pre-Orders starts from January 12 at 12PM IST 🎮 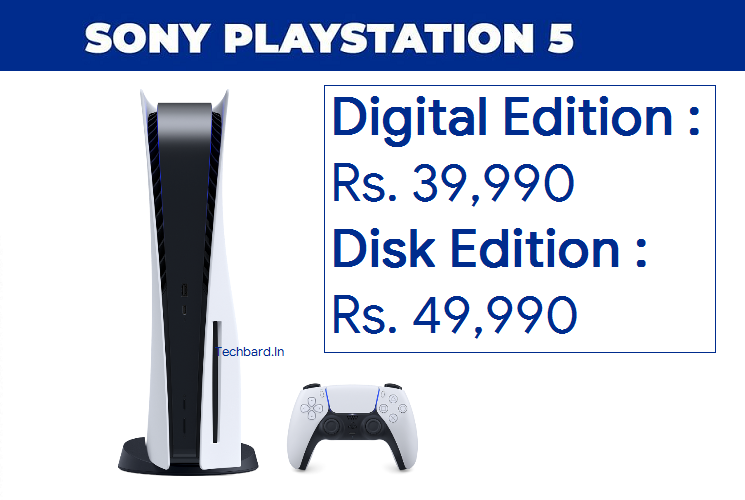 Sony PlayStation (PS5)- Sony has officially announced on its Twitter that they will all set to launch its next-generation game console (PS5) in India on February 2, Pre-orders will start from January 12 at 12pm and will go live on Amazon, Flipkart, Croma, Reliance Digital, Games The Shop, Shop at Sony Center, Vijay Sales, and select authorized retail partners.

The company announced Indian Pricing of its PS5 prior to launch,
After 7 years, Sony enters the Indian Market while Sony has launched its game console in India, the PlayStation 4 on 6 January 2014 at a price of Rs. 39,990. later sony launches its next-generation game console (PS5) in India on February 2.

As we know always sony competes with the Xbox series gaming consoles, Here are the specifications sheets for both the Xbox Series X powerhouse and the Playsation 5 Gaming Consoles.
Hello! Welcome to techbard.in Techbard.in is an "Indian Top Tech News Website"- This Blog completely dedicated to the Latest Tech News, Tech Updates, How-To's from all Top Sources in an…