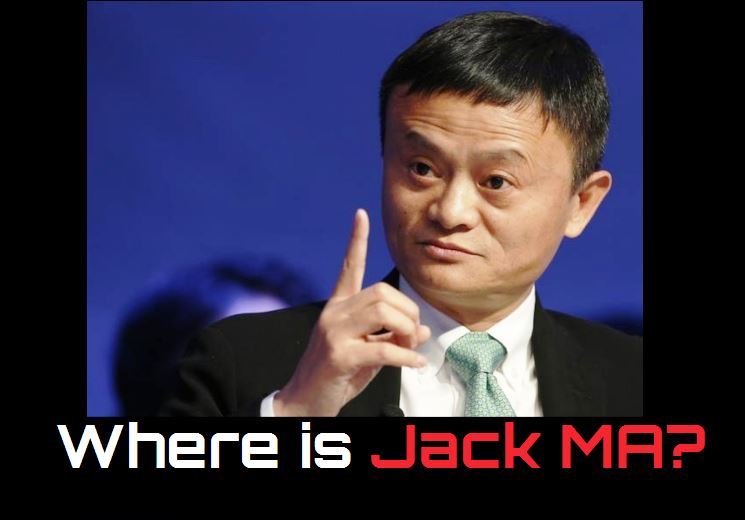 Where is Jack MA? Mystery Solved

A big Mystery is happening now in China as one of their most famous Billionaires suddenly disappeared?

He is the Co-Founder of Tech Giant Alibaba. A man is also known as the "Face of New China", A Future-Looking Philanthropist! His name is Jack-Ma.

He can one of the most influential people in the world known for his love of being in the Spotlight suddenly disappear without a Trace? Well, the plot thickens If we look at what Jack Ma said the last time he was seen in public on October 24, 2020, Jack Ma delivered a speech criticizing the way china's Financial System works. He even compared china's global banking regulations to an old people's club. November 2, 2020, reportedly not pleased with his words.

The Chinese government summoned him for Questioning. And by the next day November 3, 2020, China's securities WatchDog stopped Alibaba's "ANT GROUP" from launching its Record-Breaking offering at the Shanghai Stock Exchange. No one has heard from Jack MA Since then.  and questioning about his whereabouts grew even louder when he failed to appear on the Finale of his own African Business TV Show.

Did the Government Abduct Him? or Did China Kill Jack MA?

It all sounds crazy Until you hear what an Exiled Chinese Billionaire predicted in 2019!

What do you think is likely to happen to Jack Ma in the next year or so?

I think he is only two ways All the China's Billionaire, Only two way. So then, Jail, Died, or Dead.

What Happens to Jack MA?

This sounds less impossible.. when you realize that several other Chinese Billionaires who were as outspoken against Chinese policies had also disappeared years Ago! Some of them never even came back. But Nobody knows what really happened to Jack MA.

Recently it was reported that he is only "LAYING LOW" while a Chinese Media outlet claimed he is "Embracing Supervision" A term that, reportedly could also mean JAIL, Only time will tell. But to us, the only thing that has always been crystal clear Chinese Communist Party doesn't play around, and while we go deep about this from quietly taking over the world to the Inhumane Concentration Camps for Muslim Uyghurs a big plan is in making.

But where is Alibaba's Jack Ma?

You can be a Billionaire, you can make a lot of money, you can have Villas around the world, But you can be ever challenging not just XI JINPING but the communist party or the State".

It is so clear that in China, No Matter what you have and who you are, No one can ever be above the Government and that is a dangerous world to live in.