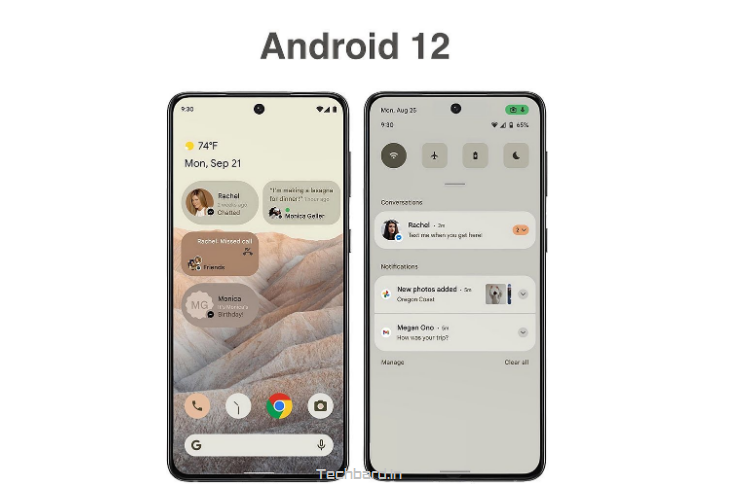 Tech Giant Google is planning to release its latest version of Android 12 OS later this year and the BETA version will start rolling out later this month or maybe the next month, and prior to that XDA Developers received the latest first look screenshots from an anonymous tipster with some documentation of proof. These screenshots reveal huge UI changes in Android 12.

This may be our first look at Google's Android 12 OS (Leaked Images);
First Look at Android 12 looks like the new Android 12 will focus on user privacy and we can notice the new camera and microphone indicators at the right top. this will helps you choose what permission is to be given and rejected.
According to insiders, the security of the system is enhanced - when you open an app, it informs you about the app and the system itself alerts you.
Google has been testing various privacy approaches to help users; settings to completely switch off or disable the Camera, Microphone, and location access via toggles.
The leaked screenshot also shows off a new look and color scheme, tweaks in the notifications panel & conservations widgets.

Here are the complete highlights for the First Look of Google's Android 12 OS;

This is the First Look at Google's Android 12 OS Home Screen; 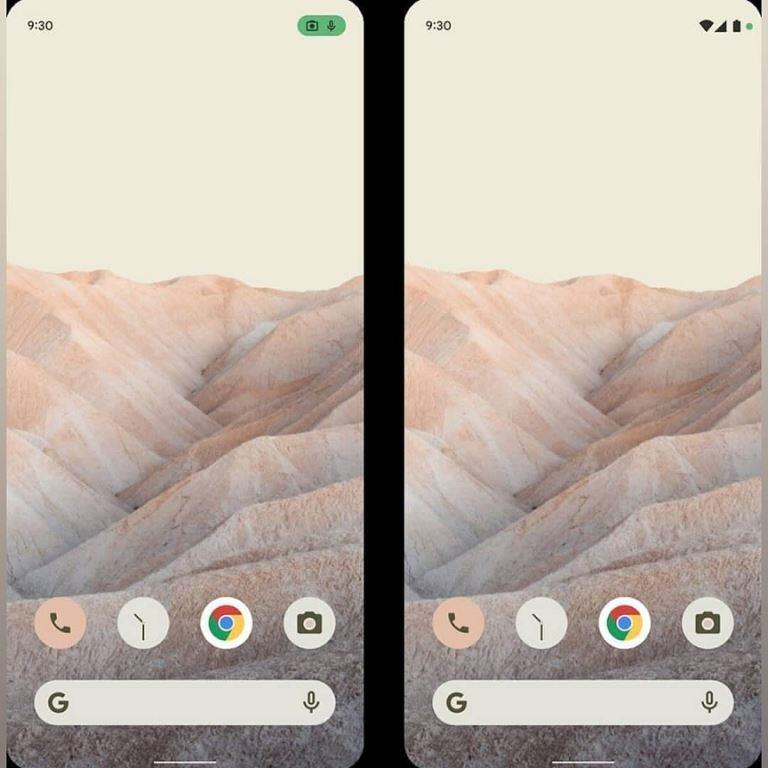 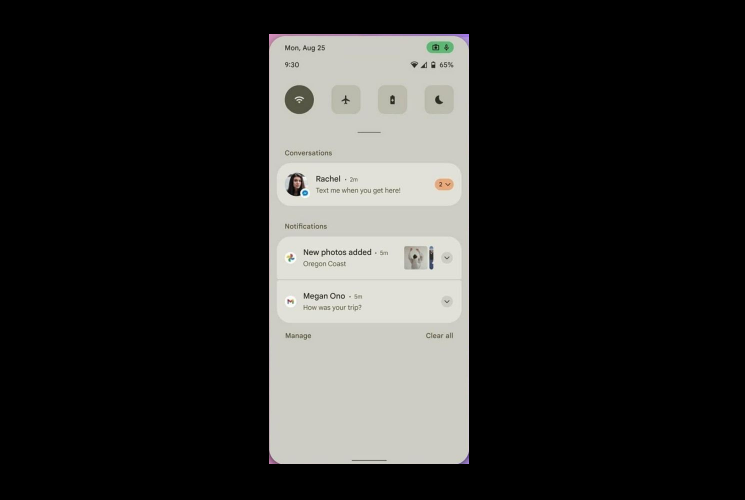 The first look image of Google's Android 12 OS reveals a renewed notification panel. This area of ​​Android 12 has an opaque beige background (at least in the light version), and the corners of each notification section are more rounded.
The date and clock have changed position, and there are privacy icons for the camera and microphone in the upper right corner (like those on iOS 14). 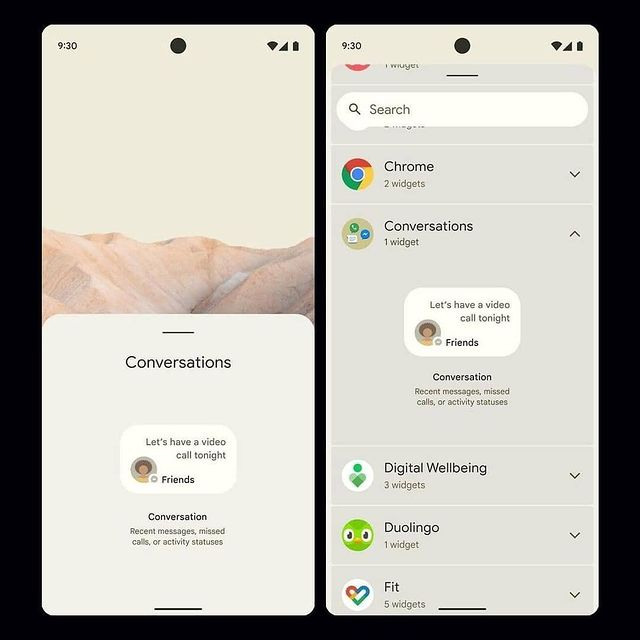 Android 12 will have a newly redesigned widget section. 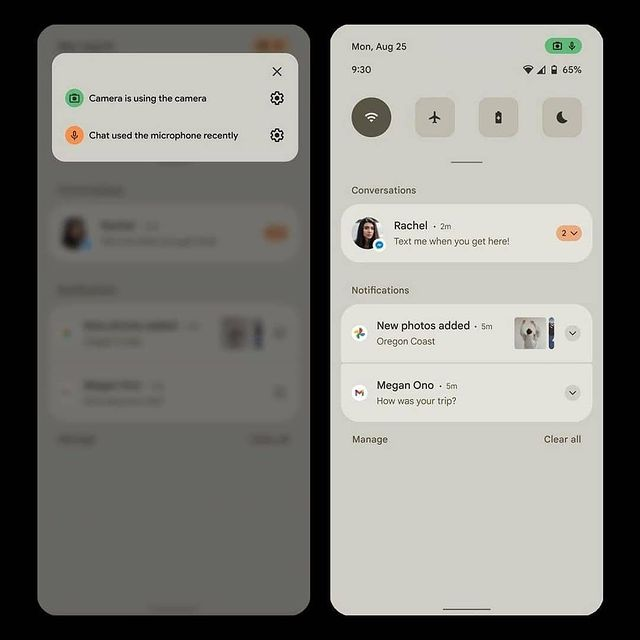 The indicator feature in Android 12 helps users to know which app is using the phone's Camera and Microphones.

This is the new redesigned Camera UI in Android 12; 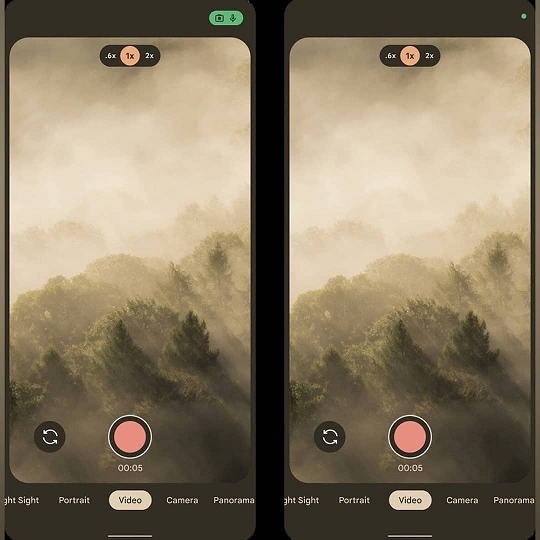 This is the new redesigned Message UI in Android 12; 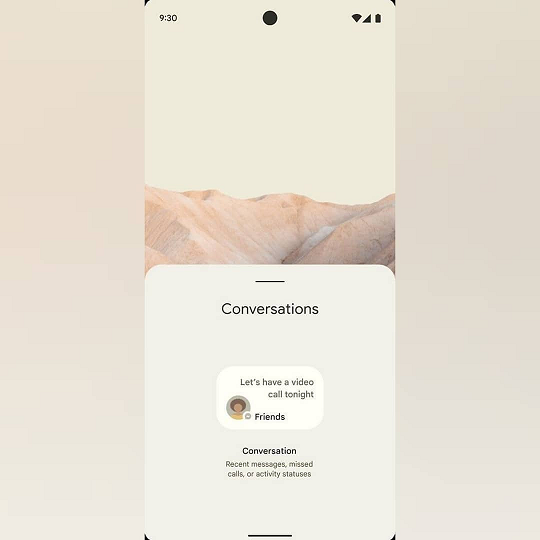 This will be a multi widget like iOS 14 which will show you Recent Messages, Missed Calls, and Activity Status
Hello! Welcome to techbard.in Techbard.in is an "Indian Top Tech News Website"- This Blog completely dedicated to the Latest Tech News, Tech Updates, How-To's from all Top Sources in an…