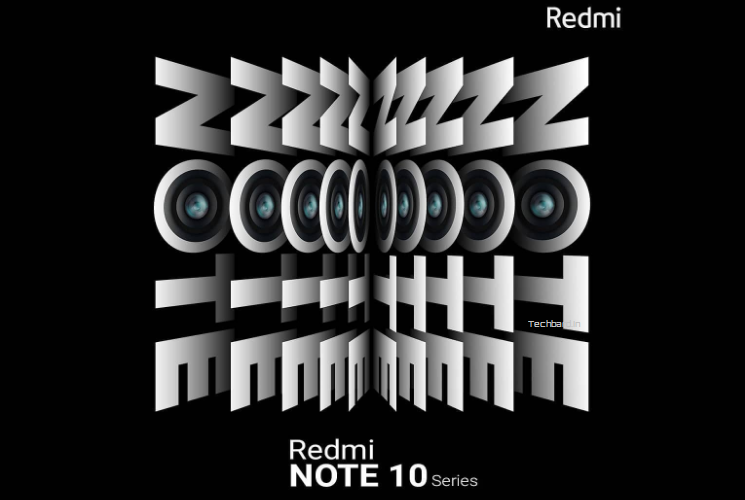 Tech Giant Xiaomi has officially revealed the month of the launch of the Redmi Note 10 smartphone. Xiaomi India Managing Director Manu Kumar Jain and Redmi Business Lead Sneha Tainwala have tweeted teaser videos to suggest the launch of the Redmi Note 10 series in India on March 2021, The Indian executive did not provide details about the smartphones, without a specific date for the event just promised that the new line will deliver a "10on10" experience.

#RedmiNote10 series - 2021's smartphone of the year is making it's way home in early March. ⚡️

India's most-loved smartphone series is getting an upgrade unlike anything anyone's ever seen before! 👀

Are you ready to be blown away by the #10on10 experience? Heads up! 🔥 pic.twitter.com/vs9KGJAhOG

Indian Launch teaser suggests that the Redmi Note 10 series will be equipped with a high refresh rate display, the other thing that got confirmed today that the Note 10 lineup will be available exclusively through Amazon India.
The teaser itself isn't very revealing and only hints at a big upgrade over its predecessor, while the previous rumors reveal points to Snapdragon  750G SoCs and 108MP main cameras.
Redmi Note 10 Series has shipped 200M+  units globally.
Although the event only takes place in March 2021, the company has already launched a website aimed at presenting the Redmi Note 10. Before the arrival of the new devices, Xiaomi's sub-brand has yet another major launch: the Redmi K40 series, which arrives February 25th.

Here are some of the expected specifications of the upcoming REDMI NOTE 10 (4G);
The Xiaomi Redmi Note 10 Pro should be launched in three variants, each with different configurations of RAM and storage. Models with 6 or 8 GB of RAM and options of 64 and 128 GB of storage are expected.

The color options must go through Bronze, Blue, and Gray but the remaining specifications are unknown for now.

Xiaomi to launch Three variants and model with 5G

While Redmi has yet to reveal details about the hardware for the Note 10, some speculation already points to details about the new line.
According to rumors, the Xiaomi sub-brand plans to launch at least three devices in the new line. The most powerful model reportedly is the Redmi Note 10 Pro 5G. The other two devices would be the Redmi Note 10 4G and the Redmi Note 10 Pro 4G, which give up the new connection standard to deliver a more competitive price.
Speculation also points out that the most powerful variant should feature a camera of up to 108 MP. An image sensor of this capacity has already appeared on the Redmi Note 9 Pro 5G, which also has a 120 Hz screen.
Hello! Welcome to techbard.in Techbard.in is an "Indian Top Tech News Website"- This Blog completely dedicated to the Latest Tech News, Tech Updates, How-To's from all Top Sources in an…