Elon Musk's Starlink begins its pre-order stage in India: It may be available by 2022 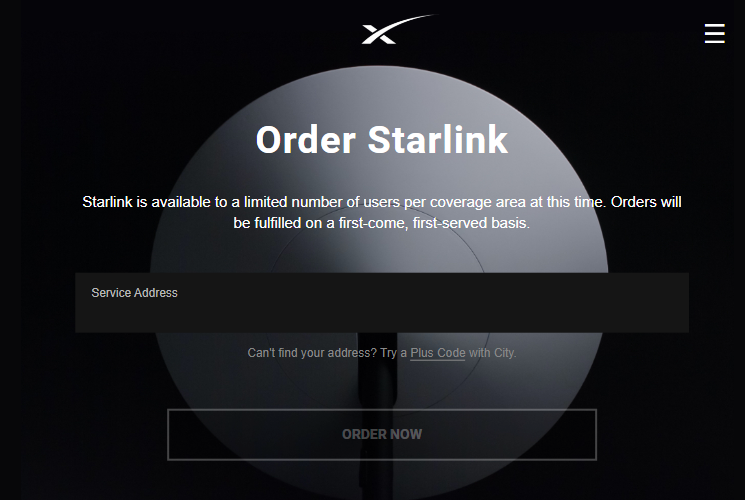 Good news for all those who suffer from internet connection problems and lack options: Elon Musk's satellite Internet, Starlink, could arrive in India in 2022.
The company has already started its pre-registration stage in the country, although it seems that it will be nothing cheap: Only the pre-order costs in India about $99 which is approximately Rs 7300.  This payment towards the Starlink equipment will have to be installed at your address to access the Internet Service.
The Starlink official website mentions that availability in India is limited and that orders will be fulfilled on a first-come-first-serve basis.
The Starlink was once built fully, will consist of small satellites each weighing about 260kg, in the low Earth Orbit to an altitude of about 2,000 km compared from the medium earth orbit of 2,000 km to 35,000 km.
According to the reports, users in the USA, Australia, & Mexico get a Starlink kit for $499 which is approximately Rs.36428, which includes everything users will need to connect to the Internet including Starlink, Wifi Router, Power Supply, Cables. and mounting tripod.

The Starlink satellite service will be available in major cities like Delhi, Kolkata, Chennai, Mumbai & Hyderabad, and others that seem to be covered. For exact coverage details, you can head over to the Starlink website here.

During the beta test, Elon Musk Starlink internet will provide high-speed low latency broadband internet offering speeds between 50mbps-150mbps. However, Elon Musk has claimed that the Starlink internet speed will be doubled to 300mbps by the end of 2021.
Starlink could be available in India by the year 2022, although it won't be cheap at all. Are you going to buy it?
Hello! Welcome to techbard.in Techbard.in is an "Indian Top Tech News Website"- This Blog completely dedicated to the Latest Tech News, Tech Updates, How-To's from all Top Sources in an…