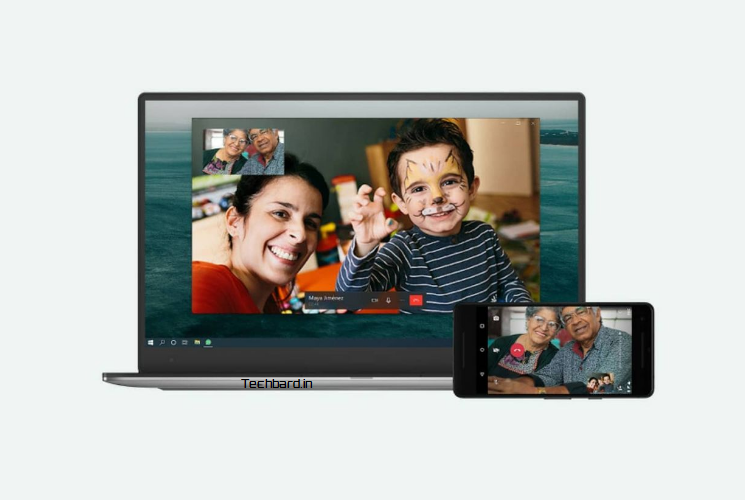 A new report has suggested that WhatsApp has officially rolled out the voice and video calling feature on the web version of its app with the latest 2.2104.10 version. The feature was only limited to the mobile version earlier but now users can make video calls on WhatsApp through their laptops and computers. All you need is a web camera and microphone to communicate. This feature makes it easier for people to take calls at their convenience. Voice & Video calls on Whatsapp web will also be end-to-end encrypted, ensuring that Whatsapp can hear or see them, whether you call from your phone or your computer (Windows or Mac).
WhatsApp is rolling out support for voice and video calling to its desktop app, the Facebook-owned messaging service said Thursday, providing relief to countless people sitting in front of computers who have had to reach for their phone every time their WhatsApp rang.
Windows will only support one-to-one calls for now, but that it will be expanding this feature to include group voice and video calls "in the future."
Like the 100 billion messages WhatsApp processes on its platform each day, voice and video calls are also end-to-end encrypted, it said.

How to Use WhatsApp Desktop Video Call?

WhatsApp can now make a view and voice conversation in the desktop application. The feature, which has been limited since December, is now available to everyone.
WhatsApp announced that its application has started voice and video calls today for Mac and PC Desktop.
Here's how to use the WhatsApp Desktop Video Calling feature;
#WhatsappWeb
Hello! Welcome to techbard.in Techbard.in is an "Indian Top Tech News Website"- This Blog completely dedicated to the Latest Tech News, Tech Updates, How-To's from all Top Sources in an…