JOHN MCAFEE, Antivirus software creator, found dead in Spanish Prison, near Barcelona after the Spanish high court authorized his extradition to US 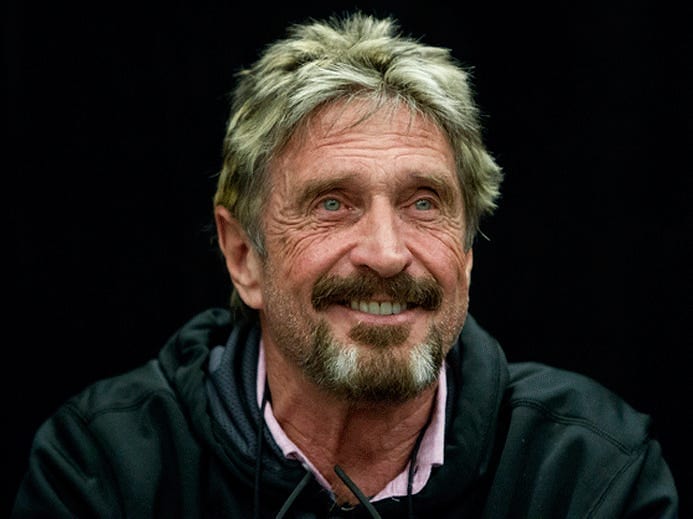 The founder of one of John McAfee's most well-known antivirus software was found dead in a Spanish cell just hours after the court there approved his release to the US. As the BBC reports, it was apparently a suicide. The Catalan police found him dead in his cell in Brians 2 prison near Barcelona have already confirmed the report of his death. Prison supervision tried to save the 75-year-old man, but unsuccessfully John McAfee was charged with tax fraud in the US, for which he was threatened with a prison sentence of up to 30 years. According to the court, the state shortened taxes between 2016 and 2018. The fraud was supposed to come from cryptocurrency revenue, speeches, and his autobiographical documentary film. John said at the hearing that his entire prosecution is just a political maneuver and he is innocent. He was detained in October last year at Barcelona airport, from where he wanted to fly to Istanbul, writes Guardian. In the past, proceedings were against him regarding the murder of his neighbor, where he was one of the suspects. In 2015 he was arrested for managing and possession of a weapon under the influence of alcohol.

British-born U.S. technology entrepreneur John McAfee died on Wednesday by suicide in a Barcelona prison after the Spanish high court authorized his extradition to the United States on tax evasion charges. McAfee's lawyer said the anti-virus software pioneer died by hanging as his nine months in prison brought him to despair.

During a court hearing last month, McAfee, 75, said that given his age, he would spend the rest of his life in jail if convicted in the United States "I am hoping that the Spanish court will see the injustice of this," he said, adding "the United States wants to use me as an example."

McAfee had lived for years on the run from U.S. authorities, some of that time aboard a megayacht. He was indicted in Tennessee on tax evasion charges and was charged in a cryptocurrency fraud case in New York.

The controversial tech founder was detained on October 3 at the Barcelona airport as he was about to board a flight to Istanbul with a British passport, a Spanish police source said at the time.

McAfee worked for NASA, Xerox, and Lockheed Martin before launching the world's first commercial anti-virus in 1987. He sold his software company to Intel in 2011 and no longer had any involvement in the business. The program still carries his name and has 500 million users worldwide.

Spain's high court said on Wednesday it agreed to extradite McAfee to the United States. McAfee still had opportunities to appeal his conviction but could not stand more time in jail, his lawyer told Reuters. McAfee, who said in 2018 that he had fathered at least 47 children, lived in Belize for several years.

"Now the U.S. authorities are determined to have John die in prison to make an example of him for speaking out against the corruption within their government agencies... There is no hope of him ever having a fair trial in America."

In October 2020, John McAfee was arrested in Spain when he was about to board a plane to Turkey, and accused of failing to file tax returns for four years, despite earning millions from consulting work, speaking engagements, crypto-currencies, and selling the rights to his life story. The US Justice Department alleged that McAfee evaded tax liability by having his income paid into bank accounts and cryptocurrency exchange accounts in the names of nominees. He was also accused of concealing assets, including a yacht and real estate property, also in other people's names. Spain's National Court authorized his extradition to the US to face the charges on Wednesday morning. The Catalan Justice Department said prison medics tried to resuscitate him but were not successful.