FROM MEME TO REALITY! Gaming Company, Microsoft Launches Xbox Series X Mini Fridge at E3 2021-One of the most powerful mini refrigerators in the World 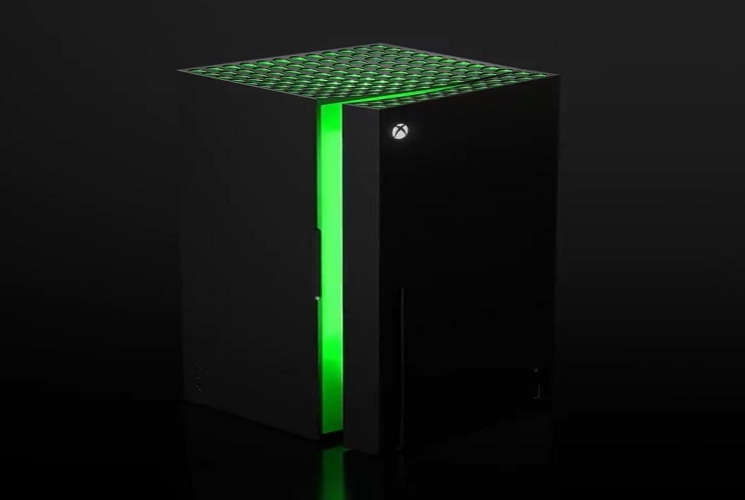 FROM MEME TO REALITY! That's right, while in 2020 when they presented the new Microsoft console, the Xbox Series X. On social networks, they took advantage of this design as it looked like a refrigerator. However, the company took all those pranks and made them a reality within the framework of E3 2021, Microsoft will launch a mini-refrigerator looking like the new Xbox console coming up for sale in Fall 2021 - promising "Xbox Velocity Cooling Architecture". The desktop-sized mini fridge will able to contain two sets of four cans on each of the fridge's lower levels, and another two horizontally on the top shelf.

Xbox Series X Mini Fridge During E3, Xbox presented its new mini fridge designed to look like a series X console. The Mini refrigerator was first teased in April after Microsoft Executive Aaron Greenberg said that if Xbox won the first twitter champion, "Best of Tweets": Brand Bracket', the company would begin to manufacture the appliance. Fans can now rejoice because Xbox Series X mini-fridges are scheduled to hit stores this holiday season. As per Microsoft, the Xbox Mini Fridge will be the most powerful mini-fridge in the world.

Xbox Series X's Next-Gen Mini Refrigerator is going on sale this Christmas and uses the Velocity Cooling Architecture, known by the Next-Gen Game Console, for extra cool drinks. In the trailer, Microsoft promises nothing less than " the world's most powerful " mini-fridge, which can cool up to ten 330 ml cans of beverage. The original XXL format gave away Microsoft media effectively to US rapper Snoop Dogg and popular US tech YouTuber Justine Ezarik alias iJustine.