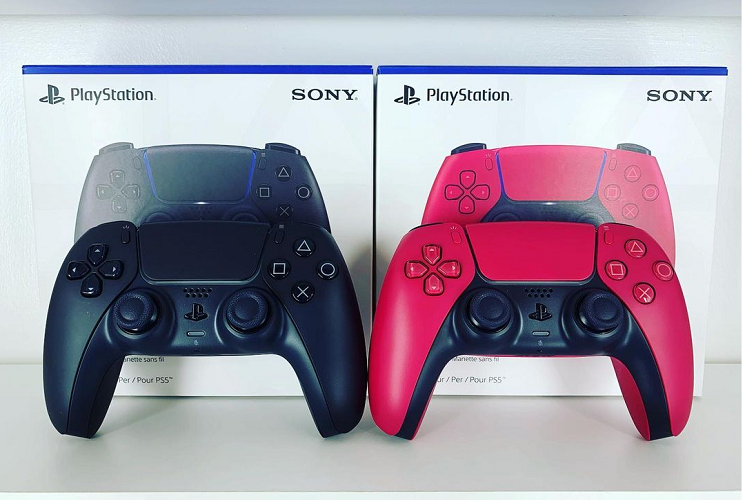 DualSense wireless controller finally has two new remote colors available at the usual points of sale. Sony announced two new color models of the DualSense control for PS5, MidnightBlack- fleeing the white and traditional black aesthetic pattern made to match the colors of the console. The second model is Cosmic Red, which maintains the bottom of the control in black, but exchanges the traditional white for a well-living shade of red wine.

The DualSense Midnight Black wireless controller is inspired by the way we see the wonders of space in the night sky, with details in subtle shades of black and light grey while the DualSense Cosmic Red Wireless Controller takes its inspiration from the unique, dazzling reds spread across our cosmos, complemented by matching details for a futuristic finish.

In a press release, Sony Interactive Entertainment (SIE) announces that the DualSense wireless controller received Friday two new colors. The new colors, according to the announcement on the Sony page itself, were created with the help of a Brazilian. Leo Cardoso, a senior designer of the PlayStation, said in an official statement that the product development process was long but surprising. "Our goal is always to find designs that will surprise and attract our fans, and these new colors are the result of a long selection process. We wanted the new control colors to complement each other, just like the DualSense wireless control and the PS5 console, so we created colors involving the 'galaxy' theme, as it felt like a natural progression of the original PS5 and the accessories designs", Cardoso explained.

Coming to the price of two new color models, its price is not the same.

However, according to Sony, the new DualSense controls will be in selected stores worldwide from this week.