Google Easter egg: Google App Pinball Game Easter Egg coming to iOS; Here's How to Play it on your iPhone 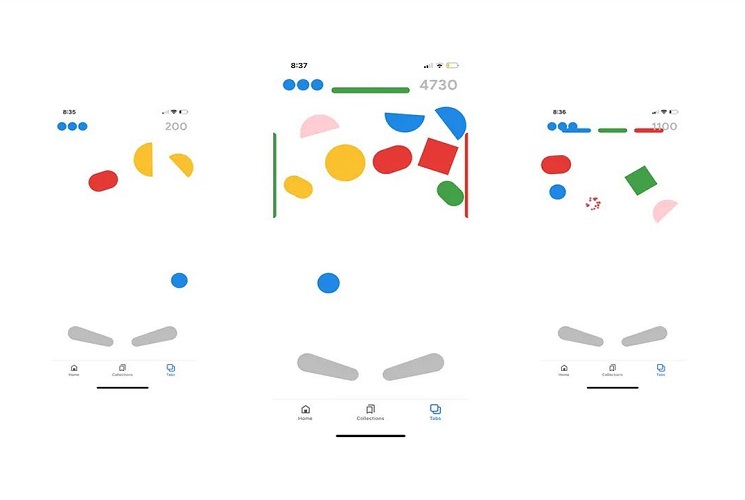 Apparently, Google on iOS got the latest easter egg. The Easter egg is a slightly entertaining little pinball app hidden in the "Tabs" menu. The game appears to have been added last June 2021. If you want to play Google Pinball Game Easter Egg, but you don't know how to access it?  Here in this article, I'll show you how to play Pinball Game Easter Egg on your iOS.

How to activate pinball Easter egg in Google app on iOS

To access the easter egg is not difficult, follow these simple steps;
Looks like this game is very interesting. In terms of gameplay, this game is actually like a hybrid of two different games are Pinball and Brick Breaking. At every level, the game will produce various colorful shapes, whenever you get hit by the ball, these shapes will shrink until they eventually disappear. Every time you enter a new level, the bumper used to reflect the ball goes from shape to position. This game also boosts energy through emerging form after the player completes the level.
Hello! Welcome to techbard.in Techbard.in is an "Indian Top Tech News Website"- This Blog completely dedicated to the Latest Tech News, Tech Updates, How-To's from all Top Sources in an…