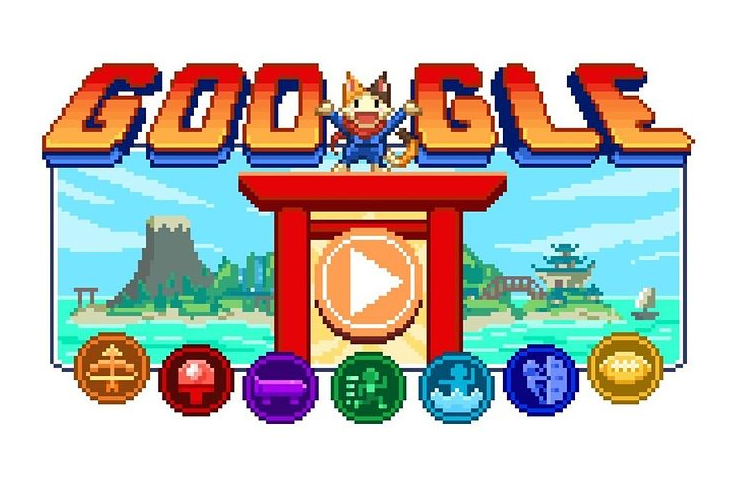 Growing up in the late 90s/ early 2000s, you'd be hard-pressed to find someone that didn't play Zelda or Pokémon on game boy... and today's Doodle brings me right back to that nostalgic time.
In honor of the Tokyo Olympic Games, Search Giant Google, partnered with legendary Japanese animation STUDIO 4°C, to create a full 16bit RPG video game - Champion Island Games Doodle - where u play as Lucky the Calico on her quest to become the island's one true champion.

Feeling Lucky? In celebration of the Tokyo Olympics, Google has teamed up with Studio 4°C to create an interactive 16-bit game series called "Champion Island Games Doodle", a little retro-style game that brings together 7 sports modalities. Game aesthetics resemble video games from the 1990 s, like Super Nintendo, and bring the character "Lucky the Ninja Cat", as a protagonist.
The Champion Island Games Doodle is a fully functional game combining Japanese culture, JRPG style, and sport to celebrate this year's Olympic Games.
Accessible through Google's homepage, the new interactive doodle allows players to take control of Lucky the Ninja Cat as they explore a series of sports mini-games in style.
Google says it's "The biggest interactive Google Doodle of all time ". The game begins with beautiful film animations from Japanese company Studio 4°C and is set in the fictitious Japanese-themed Champion Island. At Champion Island, seven different champions try to test your skills in various sports;
Every mini-game comes with a simple set of rules that can be learned quickly. Upon arriving at Champion Island, the players leave their sailboat and are asked to choose between four different teams: red, yellow, blue, and green.
Google says during stages there are several surprises and parallel missions. You can play it on a special page or click on the play on the search's home screen, either on the computer or right from your smartphone.
Like the Tokyo Olympics itself, this doodle has been 2 yrs in the making and I'm astonished by the amount of hard work and detail that went into creating this narrative, mini-games, the characters (inspired by Japanese folklore).
Hello! Welcome to techbard.in Techbard.in is an "Indian Top Tech News Website"- This Blog completely dedicated to the Latest Tech News, Tech Updates, How-To's from all Top Sources in an…