{Hak5 O.MG Cable} Lightning Cable With Hidden Chip looks like it was made by Apple but Actually Steals all of your Data and works as Keylogger 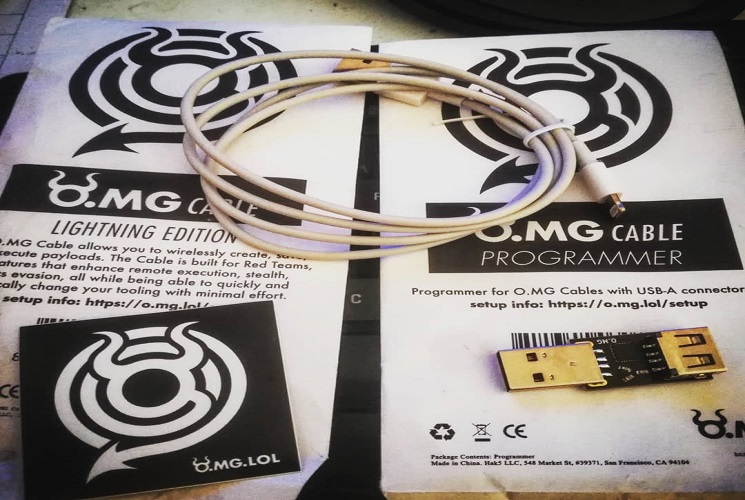 Security Researcher  Develops a new Lightning Cable With Hidden Chip to Steal Passwords. This cable looks like it was made by Apple, but it's actually developed by a hacking company. This cable called the "O.MG cable" sold by cybersecurity company Hak5 is known to be purchased and used by hackers to seal people's data. The cable looks almost exactly like an Apple Lightning cable and is sold in a USB-C or USB-A format. It is loaded with a hidden chip and once plugged into your MacBook, iPad, or iPhone it allows hackers to steal all the data from your device and inject malicious malware onto it. Essentially it sets up a Wi-Fi hotspot, which a remote user can then connect to. From there, an online interface that comes with the product allows the hacker to record and log activity from the target device.

The keylogger logs as much as 650,000 keystrokes, according to Hak5. The company describes it as being built for covert field-use, with features that enhance remote execution, stealth, forensics evasion, all while being able to quickly change your tooling on the fly. However, there are some wicked scenarios involving this product. For a spy to hack you, all they would really need to do is stealthily swap out your actual Lightning cable for the O.MG.

O.MG Cable can grab keystrokes, update payloads, and trigger keystroke injection attacks from everywhere. The cables contain a small implanted chip and are physically the same size as authentic cables, making it extremely difficult to identify a malicious cable. The implant itself apparently takes up around half of the length of a USB-C connector's plastic shell, allowing the cable to continue to operate as normal.

The cables, made as part of a series of penetration testing tools by the security researcher known as "MG," have now entered mass production to be sold by the cybersecurity vendor Hak5. The cables are available in a number of versions, including Lightning to USB-C, and can visually mimic cables from a range of accessory manufacturers, making them a noteworthy threat to device security.
O.MG Cable is described as “built for covert filed-use.” The features that enhance the remote execution, stealth, the forensic evasion.
Hello! Welcome to techbard.in Techbard.in is an "Indian Top Tech News Website"- This Blog completely dedicated to the Latest Tech News, Tech Updates, How-To's from all Top Sources in an…