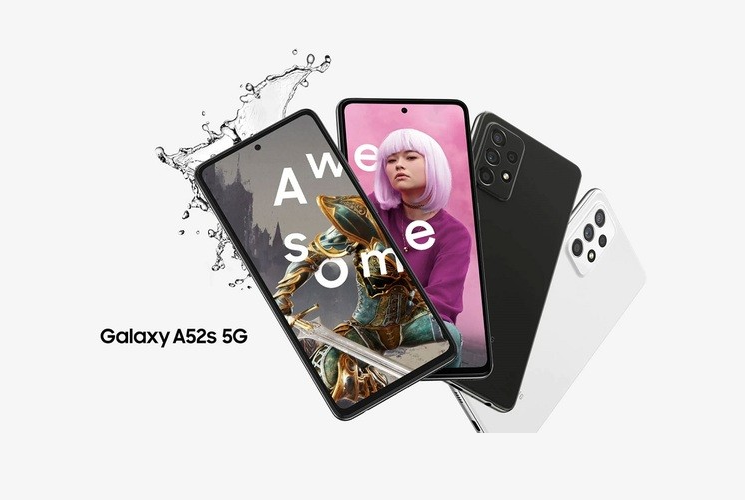 After weeks of rumors and leaks, Samsung today unveiled its new mid-range Samsung Galaxy A52s. It is an improved version of the Galaxy A52 that received so much attention earlier this year.

Samsung Galaxy A52s 5G With Quad Rear Cameras, Snapdragon 778G SoC Launched in India. you can order from Amazon, Samsung.com, and major retail outlets starting Wednesday. Samsung Galaxy A52s 5G carries a quad rear camera setup that includes a 64-megapixel primary sensor with an f/1.8 optical image stabilisation (OIS) lens, along with a 12-megapixel secondary sensor with an f/2.2 ultra-wide lens. The camera sensor also has a 5-megapixel macro shooter and a 5-megapixel telephoto sensor. Samsung has provided a 32-megapixel camera sensor in the front for selfies and video calling with an f/2.2 lens.

Samsung's Galaxy A line has always been one of the most relevant in the mid-range smartphone market. These are equipment that combine construction and specifications at a very attractive price for the consumer. With the launch of the Samsung Galaxy A52s, the South Korean continues its "amazing" Galaxy A line. The new model is clearly inspired by the Galaxy A52, but with a more competent processor. In fact, the Samsung Galaxy A52s comes equipped with the Qualcomm Snapdragon 778G processor. With this processor, the smartphone's performance and graphics will be improved, making it even more suitable for gaming.

Samsung Galaxy A52s 5G launched in India at a price of Rs.35,999/- for the base version and Rs.37,499/- for the version with 8GB of RAM. It will be available in Awesome Black, Awesome White and Awesome Violet. Sales of this model start today in some Indian stores. We are waiting for details on the global availability of the Samsung Galaxy A52s.
Hello! Welcome to techbard.in Techbard.in is an "Indian Top Tech News Website"- This Blog completely dedicated to the Latest Tech News, Tech Updates, How-To's from all Top Sources in an…