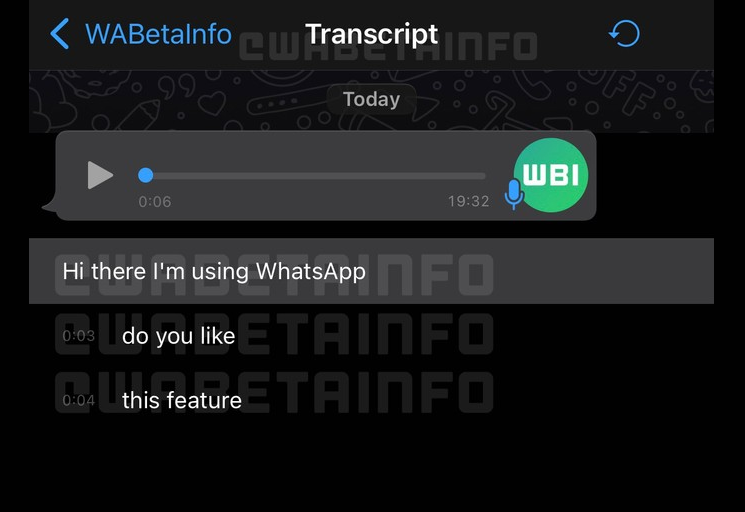 As reported by WaBetaInfo, WhatsApp is now working on enabling voice transcriptions for audio messages on the iOS platform.

According to WeBetaInfo, Voice messages won't be sent to Facebook or WhatsApp servers for transcriptions instead, it will rely on Apple to do it for them as recently Apple improve its speech recognition technology.

This process requires users to authorize data sharing with Apple to use  Apple's Speech Recognition service. As soon as permission is granted, users receive a transcript of their voice messages in a section created for this purpose.

When the voice message is transcribed for the first time, it will be stored locally in the WhatsApp app database so that users have quick access to the transcript.

Presently, there is no information about the official rollout of the feature as it is in the development stage but very soon this feature is available for both Android & iOS users.

I've reached 100k followers some hours ago. To celebrate this event, I've published an article about voice message transcription, the next WhatsApp feature available in a future update. 🎤 💬

Other changes about #WhatsApp will be announced here soon. Thanks again #100k 💚 https://t.co/3vEPgwfmsN pic.twitter.com/e2cv3Rpi0v