Facebook changes its name to "Meta"; what to know?

Facebook changes its name to "Meta", Here's the reason behind the name change and completely what do you want to know about new Metaverse project 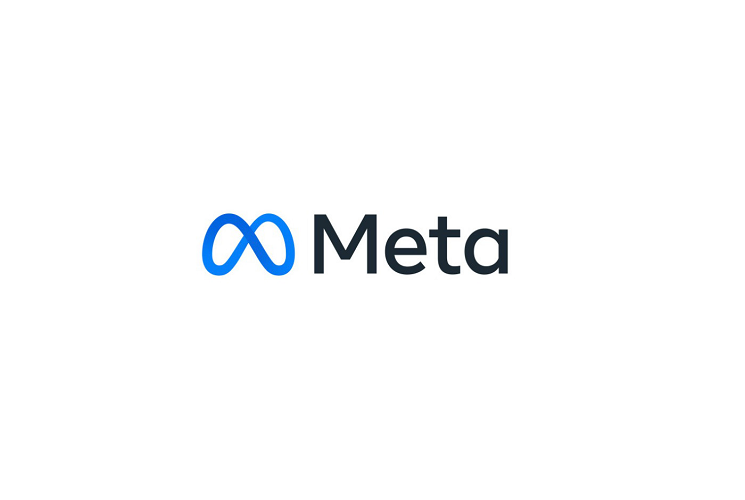 On October 28, during his speech at the “Facebook Connect 2021” conference (which now concerns the entire company and not exclusively the Oculus subsidiary and virtual reality developments) Facebook CEO Mark Zuckerberg announced that he was going to change the name of Facebook to Meta.

The Facebook Connect 2021 conference becomes an opportune for Facebook to try to improve its image by starting with a name that is far from popular, at the heart of many businesses (including the Facebook Files recently), and which today appears under the Instagram, WhatsApp, and Messenger logos.

The name change comes as the company battles criticisms from lawmakers and regulators over its market power, its algorithmic decisions, and the policing of abuses on its platforms.

According to Mark Zukerberg in conference;

"We've learned a lot from struggling with social issues and living under closed platforms, and now it is time to take everything that we've learned and help build the next chapter," CEO Mark Zuckerberg said during an annual developers conference.

"I am proud to announce that starting today, our company is now Meta. Our mission remains the same, still about bringing people together, our apps and their brands, they're not changing," he added.

"Their meaningless name change should not distract from the investigation, regulation, and real, independent oversight needed to hold Facebook accountable," the group said in a statement.

Mark Zuckerberg explained the name change and the company’s plans for the future in a blog post in which he said:

In recent decades, technology has given people the power to connect and express ourselves more naturally. When I started Facebook, we mostly typed text on websites. When we got phones with cameras, the internet became more visual and mobile. As connections got faster, video became a richer way to share experiences. We’ve gone from desktop to web to mobile; from text to photos to video. But this isn’t the end of the line.

The next platform will be even more immersive -- an embodied internet where you’re in the experience, not just looking at it. We call this the metaverse, and it will touch every product we build.

The defining quality of the metaverse will be a feeling of presence -- like you are right there with another person or in another place. Feeling truly present with another person is the ultimate dream of social technology. That is why we are focused on building this.

In the metaverse, you’ll be able to do almost anything you can imagine -- get together with friends and family, work, learn, play, shop, create -- as well as completely new experiences that don’t really fit how we think about computers or phones today. We made a film that explores how you might use the metaverse one day.

In this future, you will be able to teleport instantly as a hologram to be at the office without a commute, at a concert with friends, or in your parents’ living room to catch up. This will open up more opportunity no matter where you live. You’ll be able to spend more time on what matters to you, cut down time in traffic, and reduce your carbon footprint.

Think about how many physical things you have today that could just be holograms in the future. Your TV, your perfect work setup with multiple monitors, your board games and more -- instead of physical things assembled in factories, they’ll be holograms designed by creators around the world.

You’ll move across these experiences on different devices -- augmented reality glasses to stay present in the physical world, virtual reality to be fully immersed, and phones and computers to jump in from existing platforms. This isn’t about spending more time on screens; it’s about making the time we already spend better.

Our Role and Responsibility

The metaverse will not be created by one company. It will be built by creators and developers making new experiences and digital items that are interoperable and unlock a massively larger creative economy than the one constrained by today’s platforms and their policies.

Our role in this journey is to accelerate the development of the fundamental technologies, social platforms and creative tools to bring the metaverse to life, and to weave these technologies through our social media apps. We believe the metaverse can enable better social experiences than anything that exists today, and we will dedicate our energy to helping achieve its potential.

As I wrote in our original founder’s letter: "we don’t build services to make money; we make money to build better services."

This approach has served us well. We’ve built our business to support very large and long term investments to build better services, and that’s what we plan to do here.

The last five years have been humbling for me and our company in many ways. One of the main lessons I’ve learned is that building products people love isn’t enough.

I’ve gained more appreciation that the internet’s story isn’t straightforward. Every chapter brings new voices and new ideas, but also new challenges, risks, and disruption of established interests. We’ll need to work together, from the beginning, to bring the best possible version of this future to life.

Privacy and safety need to be built into the metaverse from day one. So do open standards and interoperability. This will require not just novel technical work -- like supporting crypto and NFT projects in the community -- but also new forms of governance. Most of all, we need to help build ecosystems so that more people have a stake in the future and can benefit not just as consumers but as creators.

This period has also been humbling because as big of a company as we are, we’ve also learned what it’s like to build on other platforms. Living under their rules has profoundly shaped my views on the tech industry. I’ve come to believe that the lack of choice for consumers and high fees for developers are stifling innovation and holding back the internet economy.

We’ve tried to take a different approach. We want our services to be accessible to as many people as possible, which means working to make them cost less, not more. Our mobile apps are free. Our ads model is designed to provide businesses the lowest prices. Our commerce tools are available at cost or with modest fees. As a result, billions of people love our services and hundreds of millions of businesses rely on our tools.

That’s the approach we want to bring to helping to build the metaverse. We plan to sell our devices at cost or subsidized to make them available to more people. We’ll continue supporting side-loading and streaming from PCs so people have choice, rather than forcing them to use the Quest Store to find apps or reach customers. And we’ll aim to offer developer and creator services with low fees in as many cases as possible so we can maximize the overall creative economy. We’ll need to make sure we don’t lose too much money along the way though.

Our hope is that within the next decade, the metaverse will reach a billion people, host hundreds of billions of dollars of digital commerce, and support jobs for millions of creators and developers.

As we embark on this next chapter, I’ve thought a lot about what this means for our company and our identity.

We’re a company that focuses on connecting people. While most tech companies focus on how people interact with technology, we’ve always focused on building technology so people can interact with each other.

Today we’re seen as a social media company. Facebook is one of the most used technology products in the history of the world. It’s an iconic social media brand.

Building social apps will always be important for us, and there’s a lot more to build. But increasingly, it’s not all we do. In our DNA, we build technology to bring people together. The metaverse is the next frontier in connecting people, just like social networking was when we got started.

Right now our brand is so tightly linked to one product that it can’t possibly represent everything we’re doing today, let alone in the future. Over time, I hope we are seen as a metaverse company, and I want to anchor our work and our identity on what we’re building towards.

We just announced that we’re making a fundamental change to our company. We’re now looking at and reporting on our business as two different segments: one for our family of apps and one for our work on future platforms. Our work on the metaverse is not just one of these segments. The metaverse encompasses both the social experiences and future technology. As we broaden our vision, it’s time for us to adopt a new brand.

To reflect who we are and the future we hope to build, I’m proud to share that our company is now Meta.

Our mission remains the same -- it’s still about bringing people together. Our apps and their brands aren’t changing either. We’re still the company that designs technology around people.

But all of our products, including our apps, now share a new vision: to help bring the metaverse to life. And now we have a name that reflects the breadth of what we do.

From now on, we will be metaverse-first, not Facebook-first. That means that over time you won’t need a Facebook account to use our other services. As our new brand starts showing up in our products, I hope people around the world come to know the Meta brand and the future we stand for.

I used to study Classics, and the word "meta" comes from the Greek word meaning "beyond". For me, it symbolizes that there is always more to build, and there is always a next chapter to the story. Ours is a story that started in a dorm room and grew beyond anything we imagined; into a family of apps that people use to connect with one another, to find their voice, and to start businesses, communities, and movements that have changed the world.

I’m proud of what we’ve built so far, and I’m excited about what comes next -- as we move beyond what’s possible today, beyond the constraints of screens, beyond the limits of distance and physics, and towards a future where everyone can be present with each other, create new opportunities and experience new things. It is a future that is beyond any one company and that will be made by all of us.

We have built things that have brought people together in new ways. We’ve learned from struggling with difficult social issues and living under closed platforms. Now it is time to take everything we’ve learned and help build the next chapter.

I’m dedicating our energy to this -- more than any other company in the world. If this is the future you want to see, I hope you’ll join us. The future is going to be beyond anything we can imagine. -- Mark Zuckerberg.

Facebook's rebranding name to Meta is definitely an Inspiration from Google, Much as Google rebranded its parent company Alphabet back in 2015, so Facebook’s parent company is now called Meta and gains a new blue infinity symbol for a logo. This change only affects the parent company -- the names of the apps everyone knows and uses -- Facebook, Instagram, and WhatsApp will stay the same, although the Oculus VR brand will be phased out.