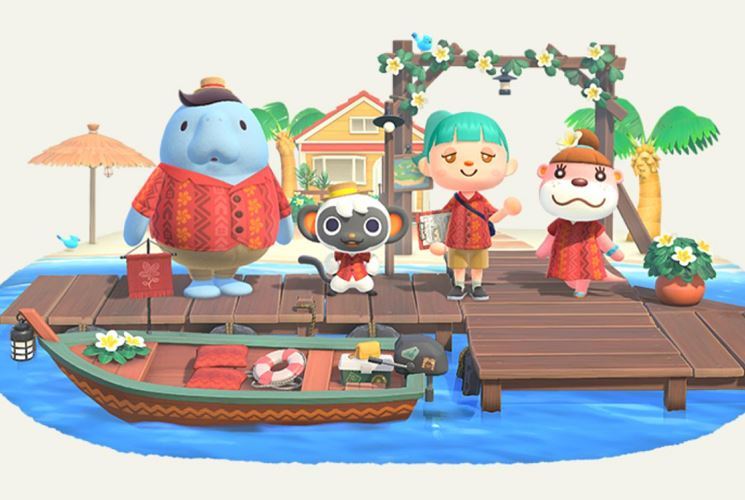 Animal Crossing: New Horizons update 2.0 was Originally scheduled for tomorrow to accompany its DLC, but the update has arrived earlier than expected. This big update can already be downloaded for free on your Nintendo Switch, and its content is available without further delay.

Animal Crossing: New Horizons' Version 2.0 Update will be the last major free update for this latest entry in the long-running series that has already sold over 33 million units. Alongside the previously mentioned items, this update will also see the long-awaited arrival of Brewster and his coffee shop The Roost, Katrina, Tortimer, Harriet, Wardell, and many more.

The other new features of update 2.0

The change of focus is not the only new feature in the game. Version 2.0 brings the possibility of digging up gyroids, like in the good old days, of going on an adventure on islands with Admiral, but also of drinking a coffee in the shop of Robusto, the most famous pigeon in the gaming world.

The arrival of Robusto, the owner of the café, was particularly awaited by the players. And yet, it's a novelty that really turns the game upside down, and the way we see it. The more adventurous will visit Admiral, who will lead them to mysterious islands where the season is not necessarily the same as yours. The opportunity to meet new people, or to have their portrait taken on Joe's Island. And you haven't seen anything yet.

New furniture and decorations have also been added, as well as new interactions with the villagers. In addition, this November 5 also releases the first paid DLC of the game, which allows you to renovate and decorate villas for demanding clients on the archipelago of Lou and his team. Available individually, the DLC is also included in the Online Membership Expansion Pack.
Hello! Welcome to techbard.in Techbard.in is an "Indian Top Tech News Website"- This Blog completely dedicated to the Latest Tech News, Tech Updates, How-To's from all Top Sources in an…