Harry Potter: Wizards Unite, an AR Game from Pokémon Go makers is shutting down next year

Harry Potter: Wizards Unite, an AR Game from Pokémon Go makers is shutting down shutting down on Jan 31, 2022. On Dec 6, 2021 The game will be removed 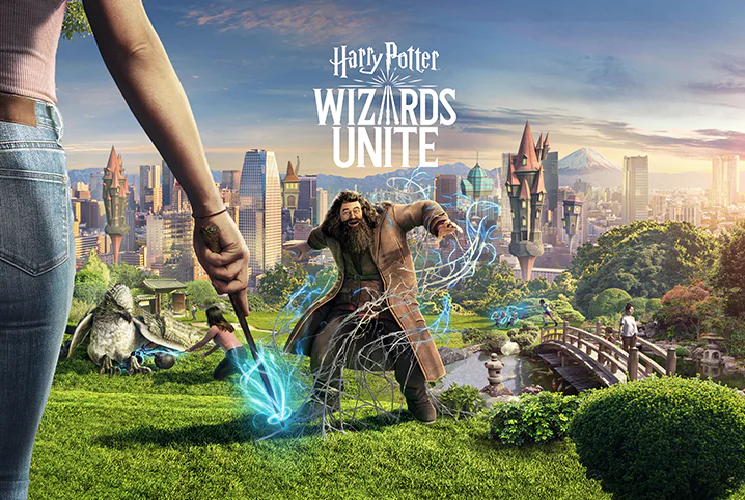 Harry Potter: Wizards Unite,  the location-based augmented reality (AR) game from Pokemon Go was released just over two years ago by Niantic. The professional Augmented Reality game producer responsible for Ingress or the global success Pokémon GO now reveals in a statement that the witchcraft game has announced 'death' by completely shutting down Harry Potter: Wizards Unite on January 31, 2022. The game will be removed from App Store, Google Play, and Samsung Galaxy Store on December 6, 2021.

If you have played the games Ingress or Pokémon Go, you know Niantic's work from before. Pokémon Go appeared in 2016 and quickly became a plague. The game where you have to hunt for rare monsters by moving around with your mobile phone was blamed for large numbers of people moving far more than usual on foot.

The following year, there was talk of a Harry Potter version of the game. And Harry Potter: Wizards Unite was launched in 2019. Now, two years later, while Pokémon Go is still alive and well, Appleinsider reports that Niantic is closing the Harry Potter title that never became the success they had hoped for.

The game strategy is very similar to the two "original games". You have to move around and use augmented reality to get hold of magical artifacts, and you have to fight against other players. For new players, it was a trick to visit the places you already knew from Pokémon Go.

In many ways, this was the third "skin" on top of the original Ingress concept. But even with a lot of positive reviews at launch, it never took off.

Harry Potter: Wizards Unite will no longer be available in stores from December 6th

Harry Potter: Wizards Unite, the location-based augmented reality (AR) game from Pokemon Go creator Niantic will be shutting down on January 31, 2022. The game will be removed from App Store, Google Play, and Samsung Galaxy Store on December 6, 2021, announced Niantic.

January 31, 2022, the game servers will close, and from December 6, the game will be taken down from the app stores, and it will not be possible to buy content for it from that date. In the future, the content will still be slightly expanded to give the story a kind of rounding for the players.

If we look at player statistics, Pokémon Go is still a good store for Niantic. The website Activeplayer.io has statistics and estimates of how many people play different titles - where the figures show that the game has between 68 and 72 million active users every month. Pokemon Go is still leading the segment. As per a Sensor Tower report, the game recently surpassed $5 billion (roughly Rs. 37,323 crores) in lifetime revenue within five years. Pokemon Go collected up to $641.6 million (roughly Rs. 4,822 crores) in just the first half of 2021, shows Sensor Tower data.

Niantic itself has gone from being worth a few hundred million dollars to be a billionaire. So the little pocket monsters are still a good store for the company that runs Pokémon Go together with Nintendo.

However, this isn't the first game Niantic has dropped this year. Catan: World Explorers was still only available in a few markets, but development was also abandoned in September.

Niantic is now focusing on projects other than Ingress or Pokémon GO. These days, Pikmin Bloom was released, which has you creating gardens all over the world. And soon, Transformers: Heavy Metal will also be released, which will put you up against giant robots in augmented reality.