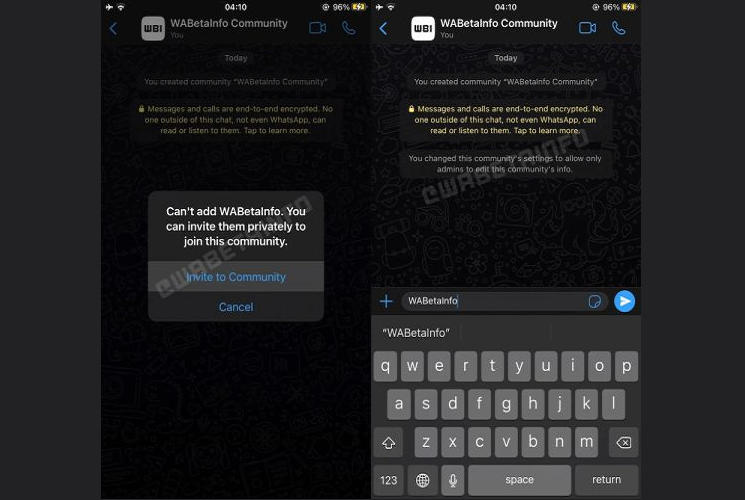 Apparently, WhatsApp seems to be preparing to bring users with a new feature. The company will give group admins more control over groups with the feature called "Community". This includes the ability to create groups within groups, similar to how channels are organized under a Discord community.

According to WABetaInfo, the new feature will offer more tools to the administrators of each conversation group. Admins will be able to invite new users via the Community Invite Link and then start messaging other members. It's hard to say exactly what these chats look like at the moment, but WABetaInfo notes that they appear to be end-to-end encrypted.

The WABetaInfo site also adds that the design of the Communities functionality will be slightly different to distinguish it from the usual chat groups, changes in design will help adapt Communities from regular group chats. Community icons will come with profile photos with rounded corners that WhatsApp accidentally enabled in October and then quickly disabled.

There is no information on when Communities will be officially available. However, It is not the first time that rumors have surfaced that the WhatsApp application is developing a new feature called Communities, but the WABetaInfo site is moving forward now that it has found more evidence that the aforementioned feature is actually being developed and that it can move forward.

By working on the Communities feature, WhatsApp may be trying to bridge the growing gap with other rival messaging apps like Telegram and Signal. Earlier this year, WhatsApp's new privacy policy was announced, causing confusion among users about what to share with Facebook (Meta). This led to mass migration to other apps. Telegram had gained 70 million new users when WhatsApp collapsed last month along with Facebook's entire app network.