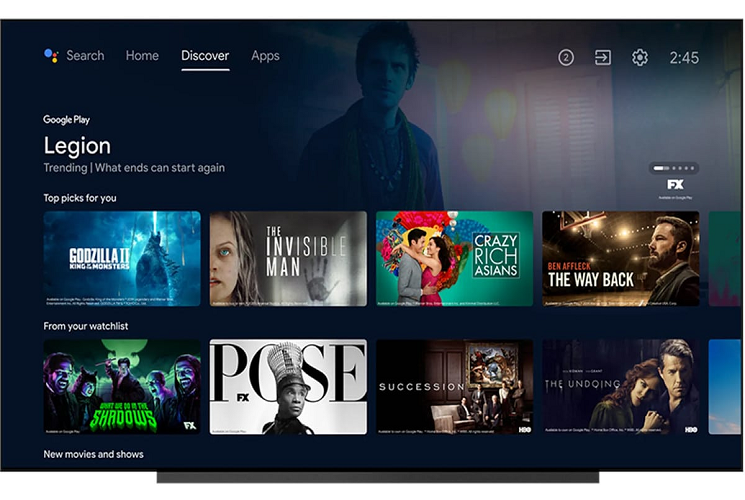 One month after the launch of Android 12 on the Pixel 6, Google officially announces the arrival of its new Android TV 12, an Operating System designed for televisions.
At present Android TV 12 is only available as a beta version for developers. To download it, you will therefore need an ADT-3 dongle. If it is already the case, the update should be done automatically. Otherwise, it is still possible to install it manually by flashing the system image on the TV.
If we don't have an ADT-3 dongle? don't worry! According to the information, this version is expected to be released globally via OTA only in 2022, reaching both Chromecast and other devices compatible with Android TV, but the company has not yet released the update schedule, information that should appear in the next few weeks.

Google has added more customizations in Android 12 to improve the experience and compatibility on TV devices. Some of the highlights coming with Android 12 for TV are media playback improvements, more refined user interface capabilities, and privacy and security enhancements. In addition, we are introducing better standards support and improvements for HDMI and tuners.
Here are all the new features that will appear with Google Android TV 12:

Developers who have an ADT-3 dongle can download the new version via the update notification or by going to the official Google page and installing manually after accepting the terms and conditions.
Here's how to download Android TV 12 Update for developers using the ADT-3 dongle

Source
Hello! Welcome to techbard.in Techbard.in is an "Indian Top Tech News Website"- This Blog completely dedicated to the Latest Tech News, Tech Updates, How-To's from all Top Sources in an…