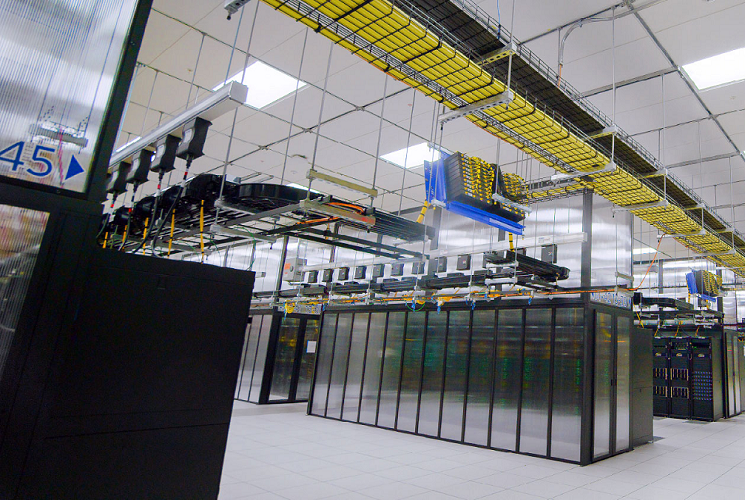 Meta Platforms -the parent company of Facebook, Instagram, and WhatsApp announced that its research team has developed a new artificial intelligence (AI) supercomputer and it claims that, the AI ​​Research SuperCluster (RSC) will be the fastest AI Supercomputer in the world when it is ready by the end of 2022.

The AI ​​Research SuperCluster (RSC) simulates the architecture contained in the human brain, being able to process patterns in large amounts of data. RSC will help Meta’s AI researchers build new and better AI models that can learn from trillions of examples; work across hundreds of different languages; seamlessly analyze text, images, and video together; develop new augmented reality tools; and much more.

According to a blog post, Meta said the supercomputer will help build AI models that can learn from trillions of examples, work in hundreds of languages, and analyze text, images, and videos to detect harmful content. Meta researchers will be able to train the largest models needed to develop advanced AI for computer vision, NLP, speech recognition, and more. RSC will help us build entirely new AI systems that can, for example, power real-time voice translations to large groups of people, each speaking a different language, so they can seamlessly collaborate on a research project or play an AR game together. Ultimately, the work done with RSC will pave the way toward building technologies for the next major computing platform- the metaverse, where AI-driven applications and products will play an important role.

"The experiences we are building for the metaverse require enormous computational power (quintillion operations per second!) and RSC will enable the creation of new artificial intelligence models capable of learning and understanding on-demand," says Facebook founder Mark Zuckerberg. 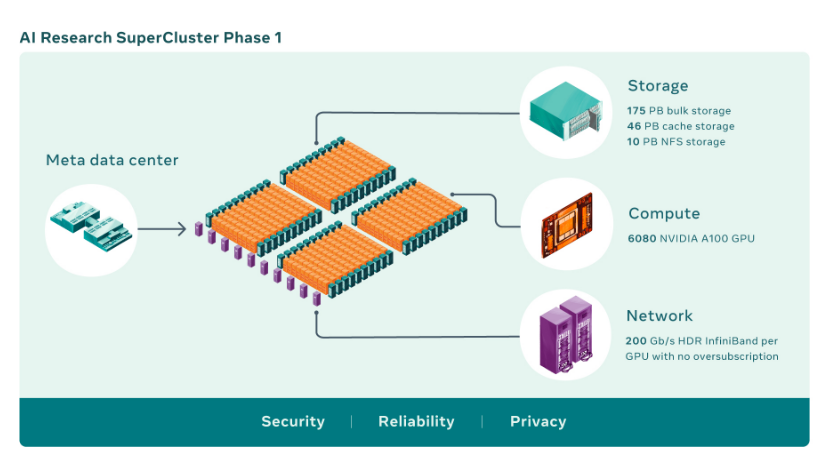 The current phase of RSC has 760 Nvidia GGX A100 systems containing 6,080 GPUs connected to train and solve machine learning problems. By the end of 2022, Meta aims to have 16,000 GPUs capable of processing over a trillion parameters in data sets as large as an exabyte (equivalent to 1 billion gigabytes).

To get an idea of ​​this absurd processing power, RSC could render around 36,000 years of high-resolution video files in just a few minutes. The supercomputer's storage layer alone has 175 petabytes (1 petabyte equals 1,024 terabytes), in addition to a cache memory of 46 petabytes.

“We hope that RSC will help us build entirely new AI systems that can, for example, provide real-time voice translations to large groups of people, each speaking a different language, so that they can seamlessly collaborate on a design project. research or play an augmented reality game together,” explains Meta engineer Kevin Lee.

According to the team working on the supercomputer development, all user data will be end-to-end encrypted before being used to train the RSC, going through a privacy review process to certify that it is truly anonymous and impossible to decode.

The idea is for the machine to be leak-proof and become a safe path for building the next big computing platform to be created by the company - the metaverse. It is there that applications and products driven by artificial intelligence systems will play an increasingly important role in the coming years.

“We hope that this shift in computing power will allow us not only to create more accurate and efficient AI models for our existing services but also to build completely new and unimaginable user experiences, especially in the metaverse,” predicts Mark Zuckerberg.