Microsoft to acquire Activision Blizzard for $68.7 billion in an all-cash deal

Microsoft to acquire Activision Blizzard in a deal said to be $68.7 billion to bring the joy and community of gaming to everyone, across every device 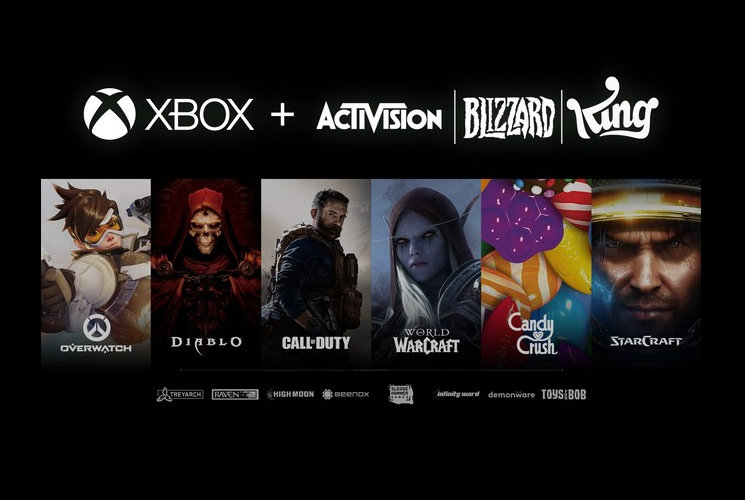 Microsoft has officially announced that it has acquired the Activision Blizzard studio in a deal said to be worth $68.7 billion.  It should be underlined that this is one of the highest bids for a game studio. Microsoft will become the world’s third-largest gaming company by revenue, behind Tencent and Sony. The planned acquisition includes iconic franchises from Activision, Blizzard, and King studios like “Warcraft,” “Diablo,” “Overwatch,” “Call of Duty” and “Candy Crush,” in addition to global eSports activities through Major League Gaming. The company has studios around the world with nearly 10,000 employees. Additionally, Microsoft plans to add Activision Blizzard games to Game Pass as part of the deal.

As mobile is the largest segment in gaming, with nearly 95% of all players globally enjoying games on mobile. Through great teams and great technology, Microsoft and Activision Blizzard will empower players to enjoy the most-immersive franchises, like “Halo” and “Warcraft,” virtually anywhere they want. And with games like “Candy Crush,” Activision Blizzard´s mobile business represents a significant presence and opportunity for Microsoft in this fast-growing segment.

This acquisition will accelerate the growth in Microsoft’s gaming business across mobile, PC, console, and cloud and will provide building blocks for the metaverse.

The announcement also mentions that the acquisition of Activision Blizzard will accelerate Microsoft's plans for cloud gaming, allowing more people in more places around the world to play games through their phones, tablets, laptops, and more devices.

Around the world, there is no more exciting place for fun and connection than video games. And there has never been a better time to play than now. As we extend the joy and community of gaming to all, we look forward to welcoming all of our friends from Activision Blizzard to Microsoft Gaming.

However, Microsoft also confirms that Bobby Kotick will remain the CEO of the company, but Phil Spencer will replace him in the position when the purchase is finalized.

Microsoft further added that the acquisition also bolsters Microsoft’s Game Pass portfolio with plans to launch Activision Blizzard games into Game Pass, which has reached a new milestone of over 25 million subscribers. With Activision Blizzard’s nearly 400 million monthly active players in 190 countries and three billion-dollar franchises, this acquisition will make Game Pass one of the most compelling and diverse lineups of gaming content in the industry. Upon close, Microsoft will have 30 internal game development studios, along with additional publishing and esports production capabilities.