Bridgerton on Netflix, Season 2: What to Expect? Here's Everything We Know So Far

Netflix confirmed Bridgerton season two will premiere on March 25, 2022, did you want to know what to expect from season 2? Here's Everything We Know 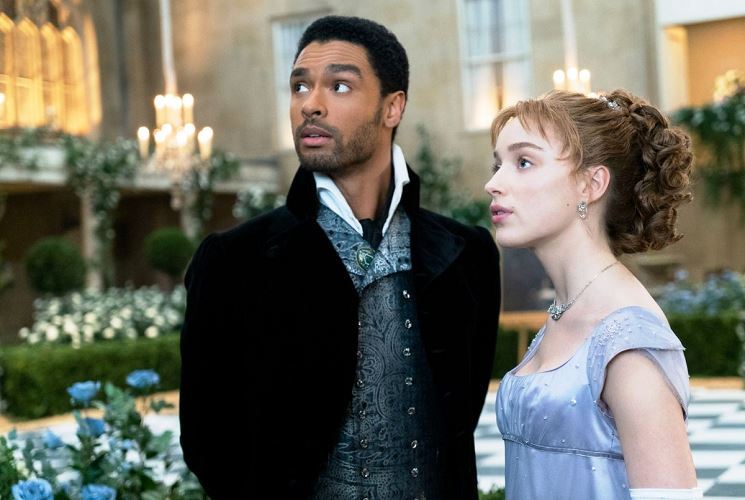 Bridgerton season 2 is almost upon us after more than a year of waiting. On January 21, 2021, Netflix announced that it had renewed Bridgerton for a second season. Netflix confirmed Bridgerton season two will premiere on March 25, 2022. While the original series of Netflix is adapted from the books of the same name by Julia Quinn, produced by Shonda Rhimes, and tells a story that takes place in the past and talks about the search for great love.

Bridgerton Season 2  is based on the eight close-knit siblings of the Bridgerton family who look for love and happiness in London high society. Inspired by Julia Quinn's bestselling novels. Starring: Adjoa Andoh, Julie Andrews, Lorraine Ashbourne

In the new episodes (Season 2), This Emmy-nominated drama from Shonda Rhimes ("Grey's Anatomy") is based on Julia Quinn's bestselling romance series, the production delves into the romantic life of Anthony Bridgerton (Jonathan Bailey), who in this quest will have to choose between reason and heart. The new season overshadows the protagonist of the first, Daphne Bridgerton (Phoebe Dynevor), who had married Simon Basset (Regé-Jean Page), but he left the series.

Bridgerton: What to expect from season 2?

The new season of the series will follow the order of the books, while the first was based on O Duque & Eu, the second takes place around the events of O Visconde que me Amava.
In the story, Anthony chooses Edwina as his wife, but he has to face the protection of her sister, Kate. Then the twist happens when Kate, defined as an intelligent and strong woman, ends up with a softened heart for the boy. In addition to the sisters, other characters are coming for the new Bridgerton episodes.
Let's meet, for example, Mary Sharma (Shelley Conn), Kate and Edwina's mother. Theo Sharpe (Calam Lynch), a printing assistant; and Jack (Rupert Young), an entirely new character who doesn't appear in the books and who is apparently connected to a great mystery. The new season may also bring the Bridgerton family patriarch in flashbacks.
The story of Lord Bridgerton (Rupert Evans) is not new to fans: he is allergic to bees and died very young, aged 38, after being stung by one. What we already know is that the Duke of Hastings, played by Regé-Jean Page, has definitely left the series, even though he was one of the highlights of the season.
Bridgerton is not expected to end in season two. Van Dusen, the creator of the plot, has already said that we will be able to check out seven more seasons of the series, including the second, third and fourth, which are already guaranteed.

Where can I watch Bridgerton season 2?

How and where to watch Bridgerton season 2. When Bridgerton season 2 lands on 25 March 2022, it be on Netflix only. Unsurprising, given it a Netflix original series - and one of the biggest ones so far - so you'll need to make sure you have your Netflix subscription ready.
Bridgerton Season 2 premieres March 25 on Netflix, meanwhile watch the Bridgerton Season 2 Trailer here.
Hello! Welcome to techbard.in Techbard.in is an "Indian Top Tech News Website"- This Blog completely dedicated to the Latest Tech News, Tech Updates, How-To's from all Top Sources in an…