Twitter now lets you capture and share your own GIFs using the in-app camera on iOS: How to use it

capture your own GIFs using the in-app camera on iOS. Here's a step-by-step guide that will you create and share GIFs on Twitter using your iOS Camera 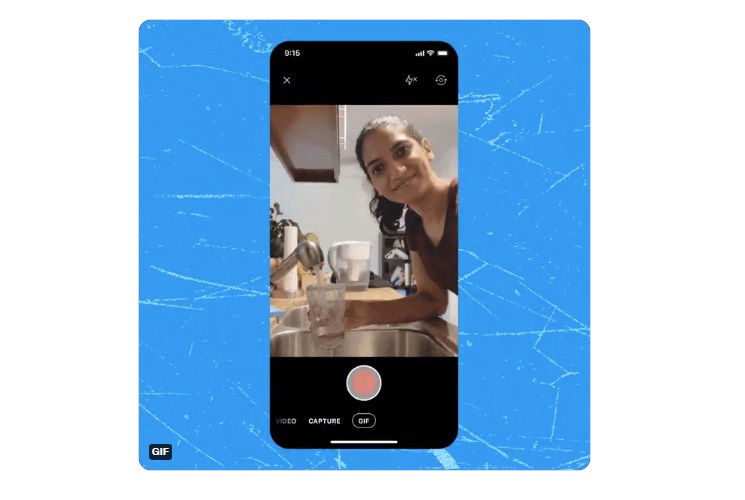 Micro-blogging site Twitter has added a new feature that makes it easier for users to create and share their own GIFs right from the in-app camera on iOS.  This new feature can be a handy way let users capture short clips and share them on their timeline as GIFs.

Twitter shared this new feature via a tweet on its support page and also posted a GIF showing all these steps;

Ok GIFs aren’t new but what *is new* is the option to capture your own using the in-app camera on iOS. pic.twitter.com/3Hl6q78e6s

But like most GIFs found in tweets, there doesn't seem to be a way to easily share them off-platform. If you right-click on the GIF, the app only shows the “Copy GIF Address” option. So there is no option to save any GIF to your computer or smartphone.

Here is a step-by-step guide that how to create and share GIFs on Twitter using your iPhone's camera;

All iOS users can now see and listen to the clips on their timelines, while Android and web users will get access soon. The company said it also plans to roll out the clipping functionality to all users in the future, not just hosts.
However, This feature is currently only available on iOS. Twitter spokesperson Stephanie Cortez stated that on whether the feature will come to Android, Twitter will collect feedback to report future updates. However, there is no information on whether or when this will happen for sure. “When you want to keep up with Tweets but don’t want to be overwhelmed with notification after notification after notification after...On Android, “Tweets from people you follow” push alerts will now be silent by default. You can turn the alert sounds on in your device settings,” it wrote.
Hello! Welcome to techbard.in Techbard.in is an "Indian Top Tech News Website"- This Blog completely dedicated to the Latest Tech News, Tech Updates, How-To's from all Top Sources in an…