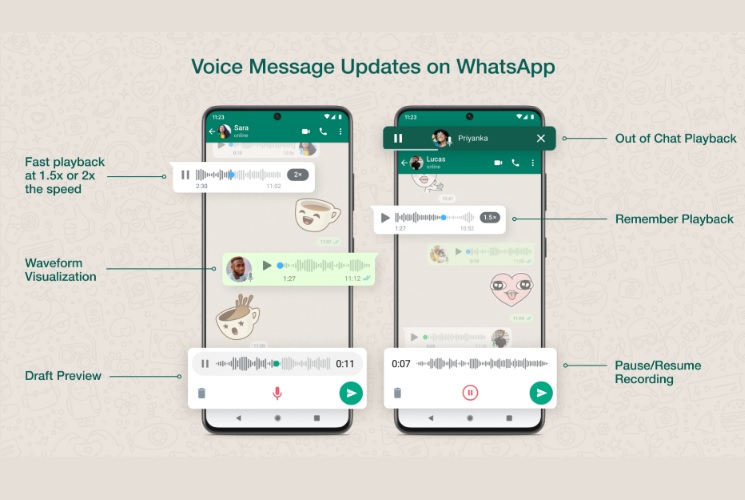 A few days ago, WhatsApp released the latest new tools for voice notes on WhatsApp beta for Android. Today, the company has announced 6 new features for everyone which include Out of Chat Playback, Waveform Visualization, Draft Preview, and more that were already released in the beta version.

Voice messages have made it quick and easy for people to have more expressive conversations. Showing emotion or excitement through voice is more natural than text, and in many situations, voice messages are the preferred form of communication on WhatsApp. It’s simple for anyone to use - for your family members who prefer to avoid typing, for your friends who love to tell stories, for your peers who need encouraging words, or for when you want to hear your partner's voice at the end of a long day.