These are the free games offered by Epic Games this week These games are available for free till 21st. This week's games are XCOM 2 and Insurmountable 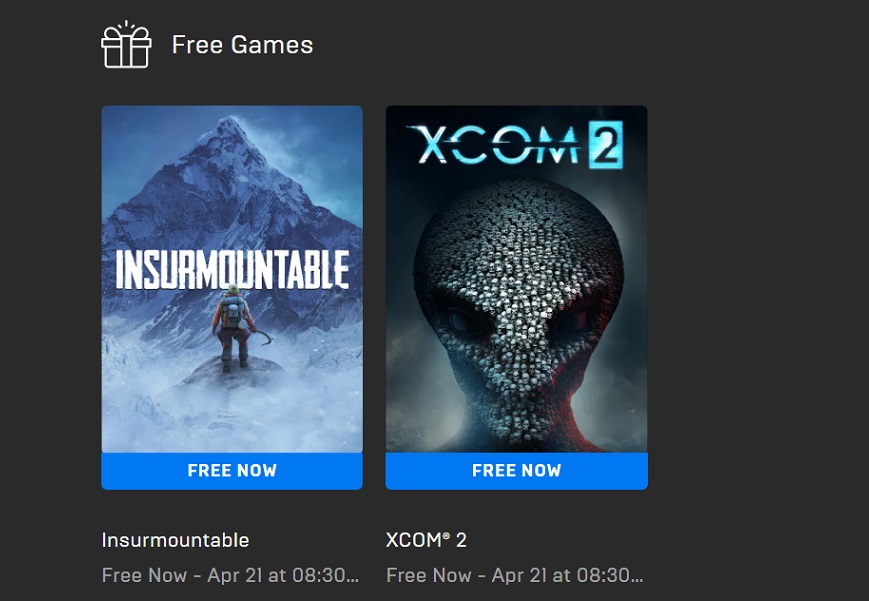 Epic Games Store has updated the free games of the week and this time, the store is offering XCOM2 and Insurmountable games to everyone on PC, which can be redeemed for free and forever at no extra cost until April 21 (next week) and you can redeem them either through the website or from the Epic Games launcher itself.

XCOM 2 is free on PC for a week

The excellent XCOM 2 is completely free to download and keep this week until the 21st of April. The outstanding sci-fi strategy game will be available for all PC users in just a few days for the low, low price of nothing at all.

XCOM 2, the acclaimed strategy video game from Firaxis, XCOM 2 is the sequel to the famous XCOM: Enemy Unknown game published by 2K. It's a turn-by-turn strategy game about human resistance against alien invaders who dominated the Earth 20 years ago. In-game XCOM forces rise up to eliminate the alien occupation. and Insurmountable is an original and challenging proposal that combines roguelike elements with mountain climbing.

XCOM 2 takes place twenty years after the first game, showing the world surrendered to alien forces. The player takes control of the resistance unit that gives the game its name, as the planet's last line of defense. The title has new gameplay, with multiple possibilities of movement, which allows the player to decide where to direct the attacking team, how to increase popular support, and when to fight enemy forces.

The strategy adventure has turn-based tactical gameplay and was developed by Firaxis Games, and published by 2K Games. In addition to PC, XCOM 2 is available for Nintendo Switch, PlayStation 4, Xbox One, iOS, and Android phones.

Insurmountable Game is free on PC for a week

Insurmountable is completely free to download and keep this week until the 21st of April. The outstanding roguelike-style short game will be available for all PC users in just a few days for the low, low price of nothing at all.

From ByteRockers' Games studio, Insurmountable is an adventure roguelike with permadeath, in which the player has to overcome huge mountains. Thanks to the procedurally created environment, no two climbs are the same. Make sure that your climber stays alive by always making sure that your vital values don't get into the critical range.

This task is made more difficult by a dynamic weather system, day/night changes, and a multitude of randomly generated events, where you never know in advance how they will end. Your decisions matter....every single one. Because anyone could be your last.