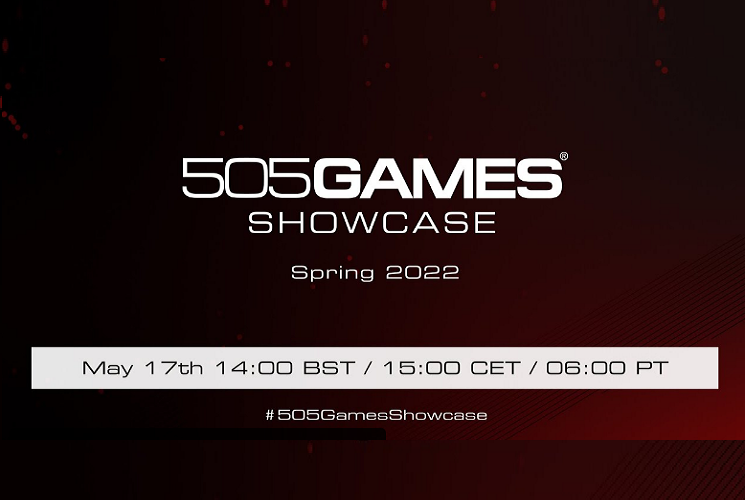 The Italian video game publisher named 505 Games has announced the date for their upcoming Showcase Spring 2022 #505GamesShowcase. 505 Games, a subsidiary of the entertainment company Digital Bros is a global video game publisher focused on offering a broad selection of titles for players of all ages and skill levels has confirmed that it will be officially hosting its first-ever 505 Games Spring 2022 Showcase on May 17th, 2022, at 14:00 BST / 15.:00 CET / 06:00 PT / 06:30 IST in its official Youtube channel.

Get ready for some exciting announcements from 505 Games, in our first ever digital showcase!

The company is known for publishing and distributing retail and digital premium and free-to-play games on leading consoles for Sony, Microsoft, Nintendo, PC (Steam, Epic, and GoG), and handheld platforms including mobile devices and social networks.

However, with the cancellation of this year's E3, many studios began to think of new ways to promote their releases. While Summer Game Fest is scheduled to take place in June, independent events from studios like Xbox, Bethesda, and others are already being confirmed.

This week, 505 Games announced that it intends to deliver its first-ever digital showcase on May 17th. The publisher did not indicate which games it intends to address at the event, but the announcement does indicate that we will have a quiz game with the community after the presentation, where people can ask their questions about the projects with the developers.

In the announcement, the developer says that the event will bring news about already announced projects "as well as a surprise or two". The event takes place at 10 am (Brasilia time) and will be broadcast on the publisher's YouTube channel.