Apple launches Apple Music Live, a series of live concerts for subscribers to it music streaming platform starts on May 20 with artist Harry Styles 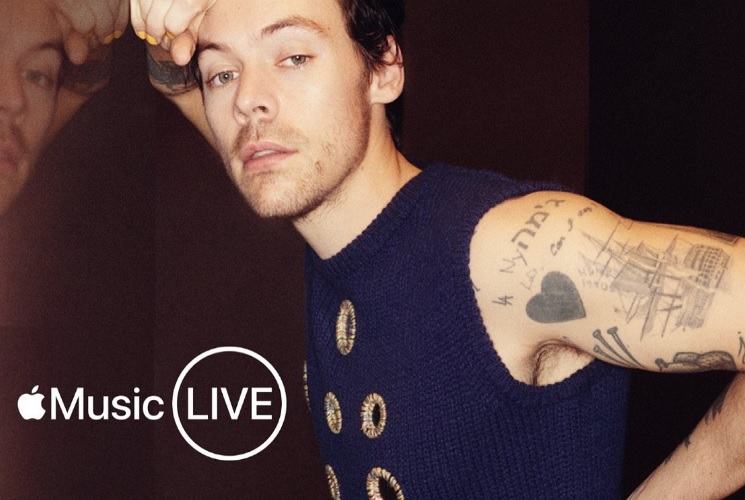 Tech Giant, Apple has announced the launch of Apple Music Live, a section focusing on live concerts exclusively from Apple Music that will kick off live from New York on May 20 with artist Harry Styles' performance of 'One Night Only in New York'. The British songwriter will be the first to offer his performance through this service when he will present his third solo album with live hosting at UBS Arena, Belmont Park and the upcoming guests have not been announced yet.

According to Apple, the new concert series aims to give musicians a chance to perform on stage and connect with their audience, and the show will be available to stream exclusively to Apple Music subscribers in 167 countries around the world and will coincide with the release of Styles' new album, Harry's House was released on May 20.

Introducing #AppleMusicLive, a new concert series with your favorite artists.@Harry_Styles kicks it all off live from New York on May 20, only on Apple Music. https://t.co/K9ZnrDiWKT pic.twitter.com/IUx3WQ1I4f

One Night Only in New York

However, The company carried out a similar in-person initiative to the Apple Music Festival, which was born as the iTunes Music Festival in 2007 and consisted of a series of concerts held for a month in England. In 2014 this festival had its first American version when it was part of the South by Southwest (SXSW) festival and concluded in 2016. Now, however, Cupertino has wanted to get back into the spirit of this initiative in virtual form. Thus, Apple Music has announced via Twitter the creation of Apple Music Live, a section of its streaming music platform dedicated to Apple's exclusive live concert streaming. Harry Styles will be the first to offer his performance through this service when he will present his third solo album with a live stream called 'One Night Only in New York'.