CCleaner 6.0 app is out now with a new, patented Performance Optimizer and improved Software Updater and is ready to download for both Windows & macOS 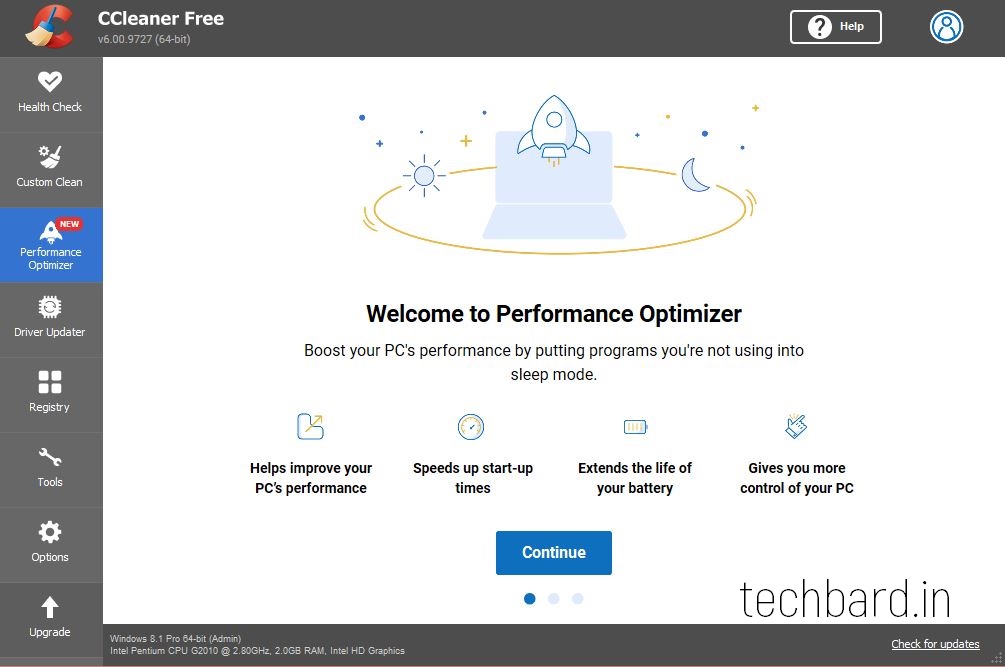 CCleaner, developed by Piriform, is one of the best-known software utilities used to clean potentially unwanted files and invalid Windows Registry entries from a computer (Windows/macOS) and is also the longest-established system cleaner has today unveiled its new version called CCleaner v6.00.9727 and this update brings many improvements to accessibility in CCleaner and also a new patented Performance Optimizer and improved Software Updater.

CCleaner v6.00.9727 is now ready to download for both Windows & macOS. In a release notes CCleaner announced that;

Welcome to CCleaner 6.0, our next step in taking CCleaner from a great cleaning and optimization app to an essential tool for a problem-free digital life. You told us that your #1 priority is a PC that runs smoothly and never gets slow so, in this release, we’re unveiling our best solution yet to this problem: our all-new, patented Performance Optimizer!

Performance Optimizer discovers the apps that slow down your PC when not in use, lets you put them into “sleep” mode to redistribute resources to the task at hand, and then wakes them up instantly when you need them again. The result? Freed up processing power and memory means your system performance gets a boost for your video calls, browsing, entertainment, and more.

As announced by the company, CCleaner 6.0 update includes plenty of benefits for Free users, including even more powerful cleaning for Windows, Google programs, Apple programs, and the gaming platform Steam.

1) Helping you to keep your PC running fast and smooth

3) Taking the hassle out of PC maintenance

You can download the free latest version of CCleaner 6.0 here.
SOURCE
Hello! Welcome to techbard.in Techbard.in is an "Indian Top Tech News Website"- This Blog completely dedicated to the Latest Tech News, Tech Updates, How-To's from all Top Sources in an…