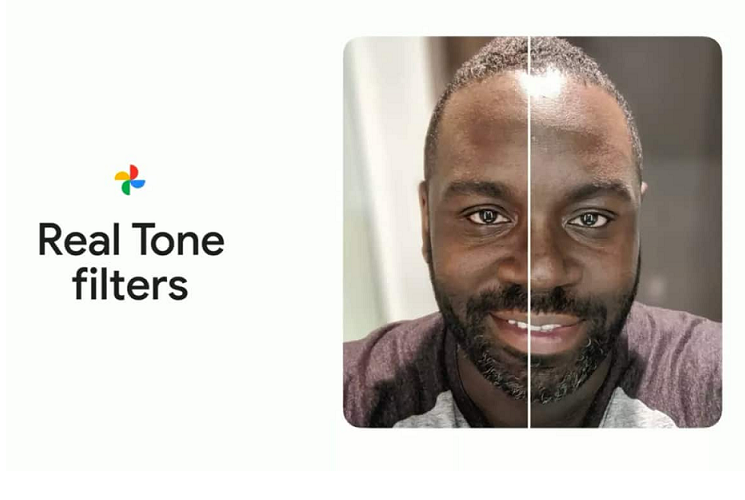 Tech Giant Google starts rolling out the new Real Tone filters in Google Photos on Android, iOS, and the web. Google has been working to make skin tones appear more natural on Google Photos and the Google Camera. A new update that starts rolling out today brings Google Photos' "Real Tone" feature, which has been around for a while. According to Google, These filters were designed by professional image-makers to work well across skin tones, so you can choose the filter that reflects your style, and the new filters work for all skin colors and should also allow more styles to choose from. Real Tone means that skin colors are shown naturally highlighting the nuances of diverse skin tones and looking more realistic as possible in photos.

The new Real Tone filters in Google Photos are starting to roll out today on Android, iOS, and web. These filters were designed by professional image makers to work well across skin tones, so you can choose the filter that reflects your style. pic.twitter.com/UwTS4KIodY

Google has confirmed that the update for Google Photos will be rolled out immediately. It was originally announced at the Google I/O conference in May 2022.

You will be able to choose from different filters in the Filters section of Google Photos. Google says they worked with some professional people from the photo industry. Google says the Real Tone filters are designed to work well across skin tones and evaluated using the MST Scale.

The new Real Tone filters in @GooglePhotos are starting to roll out today on #Android! https://t.co/bGulTKb9EI