Ncuti Gatwa will be the next star in the BBC science fiction series 'Doctor Who' replacing Jodie Whittaker. will become the 14th 'Team Lord' from 2023 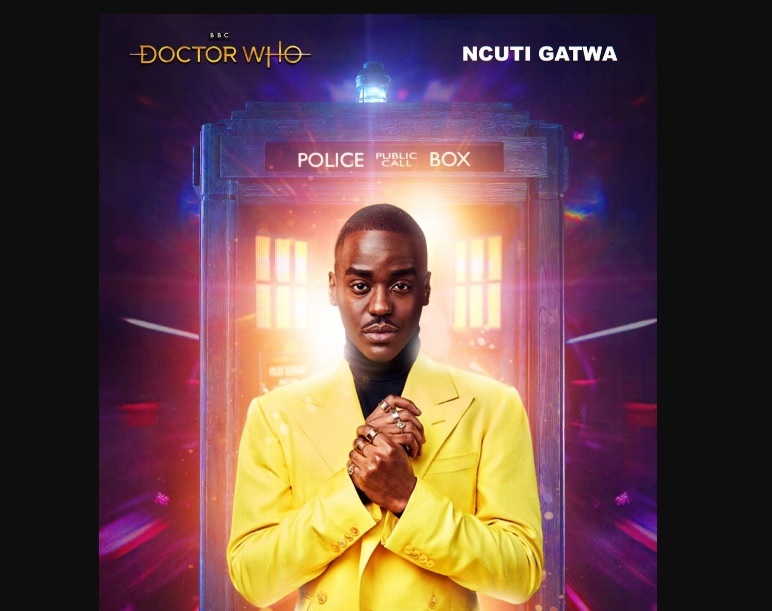 Ncuti Gatwa to star as the new "Doctor Who"

A big Surprise announcement from the BBC, Britain's Ncuti Gatwa known for his role in the series "Sex Education", will be the first black actor is set to play the main character in "Doctor Who", the star of the BBC science fiction series, the British network announced this Sunday. The 29-year-old Rwanda-born Scottish actor will become the 14th "Team Lord" from 2023 when the series turns 60, replacing British actress Jodie Whittaker, who was the first woman to play the character.

Ncuti Gatwa is succeeding Jodie Whittaker, making him the 14th Doctor on the popular fiction show. The actor who is known for his role in Netflix's sitcom 'Sex Education' where he starred as Eric Effiong revealed that he is honored to be taking up the role.

"This is actually incredible. It is truly an honor This role is an institution and very emblematic," Gatwa reacted in an interview with the BBC. "I'm very grateful that the baton has been passed to me and I will try to do my best," he added.

The show first aired in 1963. Ncuti Gatwa will be working with screenwriter and producer Russell T. Davies, creator of the acclaimed Netflix series "It's a Sin", on the early years of AIDS in the UK.

Later, Ncuti Gatwa shares his delight about the legendary role, saying he is extremely honored and excited to have been cast on 'Doctor Who." There are not enough words to describe how feel," Ncuti said. "A blend of feeling is very respectable, very excited, and certainly a little frightened. These roles and shows mean so much to many people around the world, including myself, and each of my immensely talented predecessors has handled their unique responsibilities and privileges with utmost care. ""I will try my best to play an iconic role like Russell T Davies." The writing is dynamic, passionate, extremely intelligent, and dangerous. I was greeted by the whole team, they worked so hard for the show. Although scary, I realized that I have joined a supportive family. "Gatwa was chosen as the actor to replace Jodie Whittaker and will become the Fourteenth Doctor in her historic series. Whittaker will star in one final episode later this year before he hands the role fully to Gatwa. It is known that Jodie Whittaker played Doctor for three seasons and has been the standard for 'Doctor Who' actors, including Matt Smith, Peter Capaldi, and David Tennant.