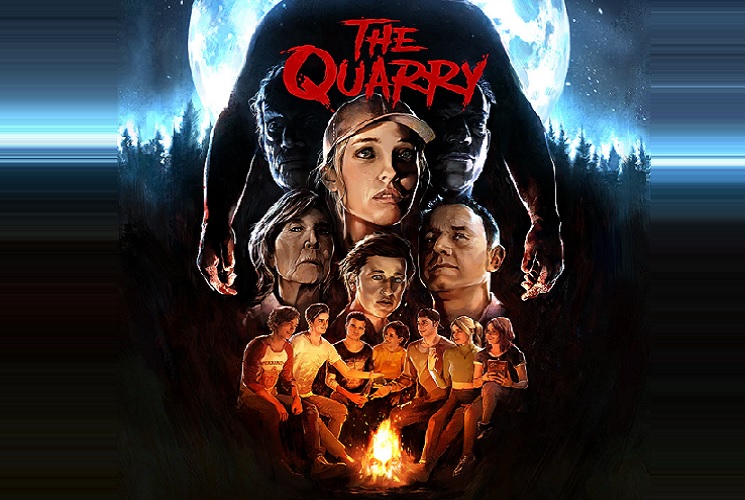 The Quarry is an upcoming survival horror interactive drama horror video game played from a third-person perspective was developed by Supermassive Games and published by 2K Games. The Game is to EXPLORE HACKETT’S QUARRY where the player assumes control of nine different teenagers who must survive a night at Hackett's Quarry. As their end-of-summer plans unravel into a night of unpredictable horror, you'll be faced with a multitude of decisions. Every yell, lie, and flirtation you choose affects the counselors’ relationships and each action has a ripple effect on the story. Ultimately, you determine who’s alive, who’s dead, and who's "stronger" by the time the credits roll.
The Quarry is launching on June 10, for all the gaming platforms including PlayStation 5, PlayStation 4, Xbox Series X and Series S, Xbox One, and Microsoft Windows and we've now got the PC system requirements that you'll need to run the game on PC. According to the title's Steam page, here are minimum and recommended specifications to run the game: The Quarry:

Here are the PC requirements for "The Quarry"

Gamers will need at least an AMD FX-8350 or Intel i5-3570 processor and an NVIDIA GTX 780 or Radeon RX 470 graphics card to run The Quarry. In addition, 50 GB of free space is required to install the game.

These are the minimum PC system requirements to run The Quarry;

These are the recommended PC system requirements to run The Quarry;
The Quarry is all set to release on 10 June 2022 for PC, Xbox Series X|S, Xbox One, PlayStation 5, and PlayStation 4.
Hello! Welcome to techbard.in Techbard.in is an "Indian Top Tech News Website"- This Blog completely dedicated to the Latest Tech News, Tech Updates, How-To's from all Top Sources in an…