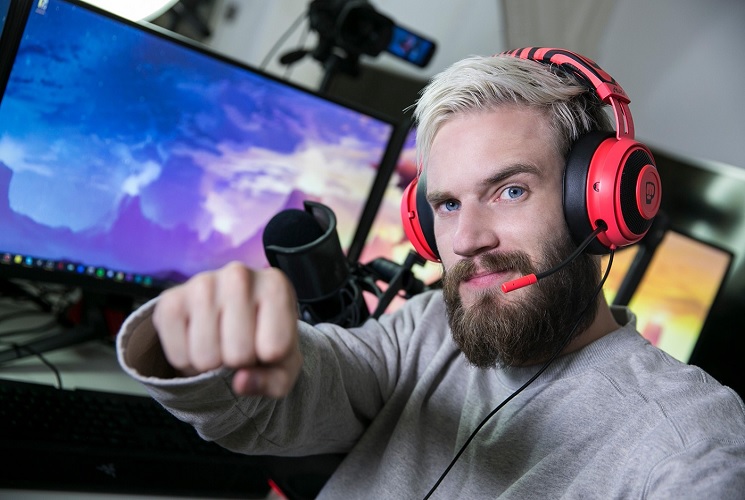 The world's Top YouTube star PewDiePie from Sweden has announced that he has finally moved to Japan with his wife Marzia and their pet dogs after the country eased its border restrictions for certain people with visas he has documented their journey from London to Japan in his latest video upload published on May 10 in his official YouTube channel says "Feels Amazing To Be Here".

Felix Arvid Ulf Kjellberg, who goes by PewDiePie online, is one of the most popular and highest-earning YouTubers was first made a name for himself by filming testing video games, then with humorous videos. His YouTube channel is now followed by more than 111 million subscribers. PewDiePie uploaded a video this week showing his arrival with his wife and dogs in the Japanese Archipelago, which has the strictest border restrictions among the G7 countries.

“We wondered for so long if we could come, we had ups and downs, it was obviously a long journey,” said the YouTuber PewDiePie. "I would really like to thank everyone who supported us (in this project), it's amazing to finally be here," he added. Japan has allowed the arrival on its soil of business travelers, foreign students, and certain other new residents since March, but its borders remain closed to international tourists for the time being.

However, Japanese Prime Minister Fumio Kishida announced earlier this month a gradual easing of entry restrictions from June, without further details. Some media have mentioned the possible authorization this month of the entry of certain tourists as part of organized trips, as well as a possible exemption from the Covid-19 test on arrival for vaccinated people.

Despite these restrictions, rapper Kanye West was visiting Tokyo last week, from where he posted a photo on the social network Instagram showing him with his girlfriend in a famous shopping district of the Japanese capital. Japan welcomed a record 31.9 million tourists in 2019 and even hoped to cross the 40 million mark in 2020, before locking its borders at the start of the pandemic.

PewDiePie, who previously resided in the UK, announced in 2019 that he had bought a house in Japan. His online content has made him ultra-popular, but his sometimes abusive or racist remarks have also sparked scandals. In 2019, he said he was "disgusted" to see his name associated with the killings perpetrated in two mosques in New Zealand. Before taking action, the shooter had promoted his YouTube channel.