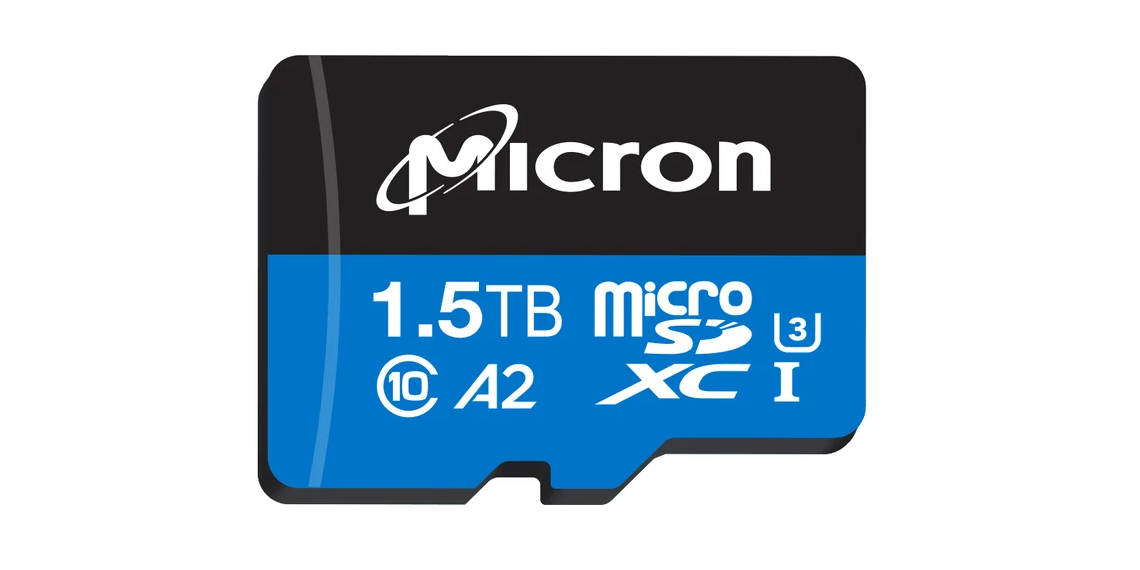 The new Micron microSD belongs to the i400 series, a line of products that is part of the company's Industrial microSD Card's family, therefore its is especially designed for embedded areas, primarily for industrial-grade video surveillance. and the Micron's new i400 [PDF] is claimed to be the highest-capacity microSD card yet and was designed with a focus on industrial-grade video security applications.

According to the the reports, Micron’s microSD card is specifically designed for handling continuous high-quality video recording and multiple AI capture events concurrently. Adopting edge storage through the microSD card can enhance video security system performance by enabling flexibility and scalability, and by reducing network bandwidth requirements and lowering the total cost of ownership.

With its 1.5TB capacity, the i400 microSD card should be a good fit for video storage at the edge and hybrid VSaaS deployments, Micron claims, as it can store up to 120 days of video security footage locally, allowing users to prioritize which data gets uploaded and stored in the cloud.

Beyond security video there are numerous other edge and IoT applications where large volumes of data need to be stored, managed, and analyzed, rather than simply transmitting it all back to a centralized data repository for processing. Micron claims that treating the i400 microSD card as primary storage for edge applications will give users real-time AI analytics and faster decision-making within smart cameras and other devices.

The i400 has a mean time to failure rating of two million hours, and can concurrently handle 4K video recording with "up to eight AI events per second," according to Micron, which presumably means simultaneous access to the data for applications such as object detection and classification for license plate or facial recognition.