NASA's James Webb Telescope Hit by a Micrometeoroid, NASA team found that the telescope is still operating at a level that exceeds all mission req 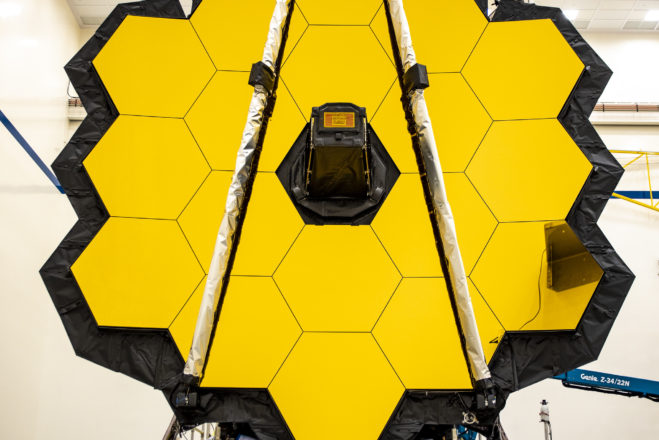 Between May 23 and 25, NASA's James Webb Space Telescope (JWST) was hit by a micrometeoroid, which damaged one of the 18 beryllium-gold segments. NASA said in a recent update on its official website here.

After initial assessments, the NASA team found that the telescope is still operating at a level that exceeds all mission requirements, despite a marginally detectable effect on the data.

“We always knew that Webb would have to weather the space environment, which includes harsh ultraviolet light and charged particles from the Sun, cosmic rays from exotic sources in the galaxy, and occasional strikes by micrometeoroids within our solar system,” said Paul Geithner, technical deputy project manager at NASA’s Goddard Space Flight Center in Greenbelt, Maryland. “We designed and built Webb with performance margin – optical, thermal, electrical, mechanical – to ensure it can perform its ambitious science mission even after many years in space.” For example, due to careful work by the launch site teams, Webb’s optics were kept cleaner than required while on the ground; their pristine cleanliness improves the overall reflectivity and throughput, thereby improving total sensitivity. This and other performance margins make Webb’s science capabilities robust to potential degradations over time.

Impacts will continue to occur throughout the lifetime of the telescope and were considered when building and testing the mirror here on Earth. Engineers used a mix of simulations and actual test impacts on mirror samples to get a clearer idea of ​​how to strengthen the observatory for in-orbit operation. However, the recent impact was greater than modeled and beyond what the team could have tested on the ground.

James Webb Telescope's ability to detect and adjust mirror positions allows for partial correction of the result of impacts. By adjusting the position of the affected segment, engineers can cancel out some of the distortion caused by the damage. However, not all degradation can be canceled in this way.

NASA further added that; Engineers have already made the first of these adjustments to the affected segment, called C3, and additional planned mirror adjustments will continue to refine this correction. These steps will be repeated as needed in response to future events as part of monitoring and maintaining the telescope throughout the mission.

To protect the orbiting Webb, flight teams can use protective maneuvers that intentionally deflect the mirrors of known meteor showers before they occur. But the recent impact was not the result of a meteor shower and is currently considered an unavoidable event.

“Since launch, we have had four minor micrometeoroid impacts, consistent with expectations, and this most recent one, greater than our degradation predictions assumed. We will use data collected after these events to update our performance analysis over time and also develop operational approaches to ensure that we maximize Webb's imaging performance in the best possible way for many years to come.”

The impact did not change the Webb operations schedule. The team continues to check the instruments' observation modes and prepares for the launch of the first Webb images and the start of scientific operations, scheduled for the end of June.