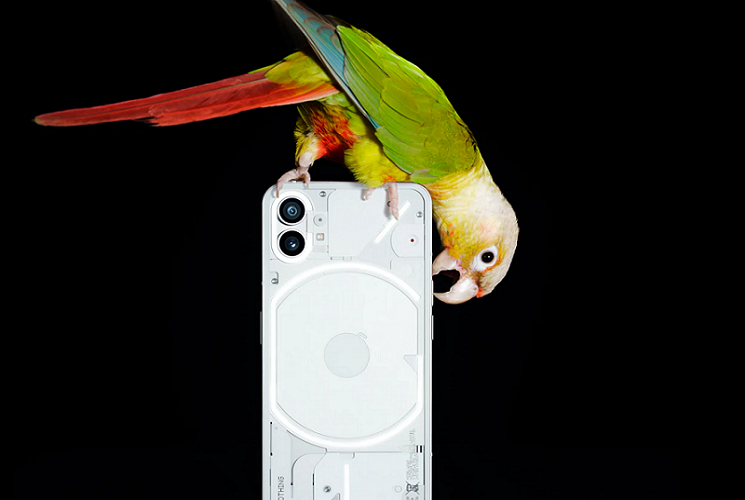 The first smartphone from Nothing is all set to launch officially on July 12, but a month ahead of the official launch the full design of Nothing phone (1) has been revealed by company founder Carl Pei.

In the special design of the back, we can only see the coil for wireless charging, as the other components are normally covered, the dual camera on the top left side and the Nothing logo on the bottom, as well as some light strips in various places.

As the company founder Carl Pei tweeted that the Nothing phone (1) was designed with "Bold. Warm. Full of soul. A return to instinct". The phone appears to have flat sides and we can see a volume rocker on the left-hand side as well as a power button on the opposite side. Nothing also specifies that phone (1) is made with consciously chosen materials.

More detailed information about the specifications has not yet been released - there is only a reminder for the full presentation of the device, scheduled for Tuesday 12 July, 20:30 IST - but it is expected that new teasers will be released until the official debut of the device. If you watch the official launch online just you've to Sign up for the event to get notified (link).

Leaks are harder to contain nowadays and many of you have been waiting for a long time. So here it is. This is phone (1) design.

More to come. Tune in on 12 July. https://t.co/aOqmhLylCI

However there is no official announcement of Nothing phone (1) full phone key specifications and features but according to the rumors, the Nothing Phone (1) will feature a 6.5" Full HD (90 Hz) screen and will be powered by a Snapdragon 778G processor, coupled with 8 GB of RAM. The phone will also launch with a new custom skin – NothingOS based on Android 12 whose launcher has already been made widely available on the Play Store for any Android phone as a teaser of the smartphone's features. There would also be a 50-megapixel main photo sensor, as well as 45 W fast charging (wireless charging).  More details around the Nothing phone (1) are set to be made official in the next few weeks ahead of the device’s launch.