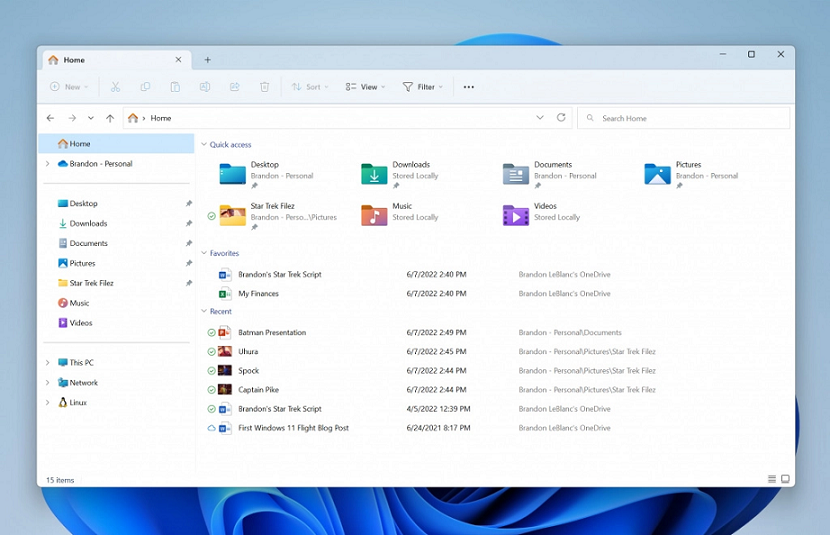 Windows 11 Build 25136 is now available to users on the Dev Channel which brings new 'Tabs' to File Explorer and other new features. Now let's take a closer look at these new features here.

With this update, Windows 11 File Explorer received several enhancements with tons of new features including enabling support for highly-anticipated tabs in File Explorer. OneDrive integration and a modern ribbon design. The missing "tab" feature has finally reached testers with a redesigned sidebar.

If you're on the Dev Channel and haven't seen the tabs, don't be surprised right away. As Microsoft announced in its blog post that it has taken a new step to enable tabs in Explorer, but for now, the company wants to test the tabs with a small group of users.

Tabs in File Explorer are one of the features Microsoft has been exploring for Windows since at least 2017. As some of you may remember, they tried a similar try in 2017 with the "Windows Sets" feature.

However, Tabs were intended to reach Settings, Control Panel and File Explorer, and more, but were not expected. Microsoft eventually canceled the project and decided to focus on fixing Edge by migrating it to the Chromium engine. However, the sets feature is not coming back, but File Explorer is getting a lot of improvements.

Microsoft has fixed some issues as usual. Most importantly, an issue that could cause increased lag or stuttering in games when using V-Sync has been completely fixed. As this update is still on Dev Channel, there is still some time for features and other innovations to reach end-users.

Windows 11 Build 25136 comes with a new sidebar for File Explorer that was initially introduced during the hybrid run event. the left side of the window gets a new layout to allow you to easily access important folders. If you connect cloud storage to Windows 11, the new File Explorer provides access to pinned and frequently used folders and even your OneDrive profiles.
There are other changes to the navigation pane as well. For example, the Windows folders found here by default will no longer be displayed under "This PC" to allow this view to focus on your computer's drives. Likewise, the address bar now correctly displays the path in the address when you visit OneDrive synced files, so you can easily find out if the folders exist in the cloud or locally.

2) Dynamic Widgets in the Taskbar

Microsoft is trying some changes to bring more dynamic Widgets content to your taskbar. In addition to seeing live content from the weather widget, you will also start seeing live updates from the sports and finance widgets along with breaking news alerts.
If you click on the content, there are constant updates for you to see more inside the widget panel. But if you don't interact with the content updates, the taskbar will start showing the weather again.

Here's how to install the latest version of Windows 11 Insider Build 25136 on your PC/Laptop; follow these steps:
Source: windowslatest
Hello! Welcome to techbard.in Techbard.in is an "Indian Top Tech News Website"- This Blog completely dedicated to the Latest Tech News, Tech Updates, How-To's from all Top Sources in an…