Windows 11 Build 25151 Update Redesigns one of the old Open With dialog- box which will appear when opening various apps or files. 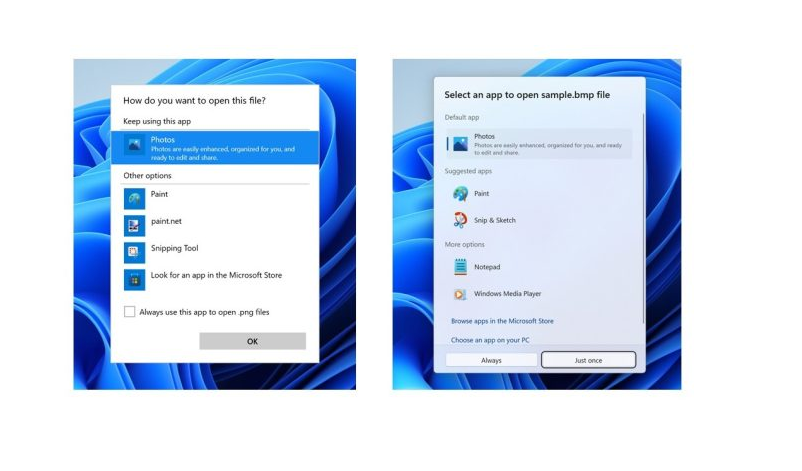 Microsoft rolls out the Windows 11 Build 25151 update which has been released for testers in the Dev Channel and comes with a long list of bug fixes. With this update, Microsoft revamped one of the old "Open With dialog" features which will appear when opening various apps/files, which was first teased earlier this year and then removed from the builds. Now the feature is available to Insiders in the dev channel will retest the new dialogs box.

The new version of "Open With dialog" comes with new modern visuals, better suggestions, and the option to browse compatible apps in the Microsoft Store.

Microsoft has not officially announced the return of the new redesigned "Open With" dialog box, but you can enable it at your own risk using the ViveTool app.

Here's how to enable the new 'Open with' Dialog Box:

Source: Neowin
Hello! Welcome to techbard.in Techbard.in is an "Indian Top Tech News Website"- This Blog completely dedicated to the Latest Tech News, Tech Updates, How-To's from all Top Sources in an…